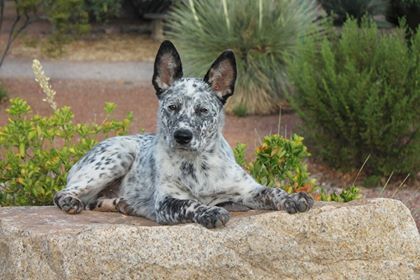 There are few things that please us more than sharing an uncommon breed with you, unless it’s sharing an owner’s first hand account of that breed, and the personal insights that went into acquiring it. This story, however, had an alarming genesis.

We came to learn of a nightmarish incident that happened to the residents of a convent not long ago. A gunman came to the convent gate threatening to kill all the occupants, and was prepared and fully armed to carry through his threat. The person was arrested without incident or harm to anyone,  but by some incomprehensible series of events with local law enforcement, he was released from jail with no charges just 48 hours later. The convent was on its own as far as safety was concerned, not a good place to be in light of the harrowing experience.

A retired military special forces soldier recommended by a friend agreed to provide guard work for the convent and spent almost two weeks patrolling the area until the gunman was arrested and imprisoned (ed note: presumably for another infraction).

We should mention that the convent has had in its “employ” several Kangal dogs, a marvelous breed at working during the night, but the convent didn’t have a dog that could be loose during the day to alert the residents of anything unusual or threatening. As we were told, the Kangals adore people, but are very imposing and possibly terrifying if one isn’t used to a dog that size running towards you to smother you with kisses.

As it happened, the retired special forces veteran had Stumpy Tail Cattle Dogs and offered the sisters a pup from the litter his dog had just had. Initially, the kind offer was refused in the thinking that five dogs would be a figurative (and literal) handful. On reflection, however, it was thought that perhaps a Stumpy just might just be the answer to concerns over daytime security.
Enter “Skipper,” the new Stumpy tail. 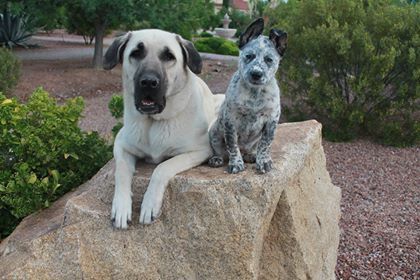 The convent’s nearly two year old female Kangal, “Rona,”  adopted “Skipper” from day one.  We’re told that their bond has been one of the most amazing things anyone there has ever seen. A dog not much more than a baby herself has been sweet and nurturing, and the pair are essentially inseparable. Too young to be loose at night, Skipper stays in the dog yard with the older Kangals as Rona “goes to work,” chasing some critter off the premises, but then she races back to the fence to lie next to her boy.

Our friend sharing this story writes, “After having had Kangals for so long, I wasn’t sure what it would be like to have a “normal” dog but Skipper is not a normal pet type dog by any means. He has an amazing amount of energy but is so incredibly focused on his humans that it is mind-blowing. He watches me constantly with what I have come to call the “laser” look. As if he’d pierce through you to the depths to figure out what you want and how he could do it for you. I’m amazed at the combination of gentle, submissive sweetness combined with a bottomless abyss of drive. He is so solid, so tough and is quite convinced that he is a big LGD too. Only thing I’ve seen him afraid of was small dogs at the vet’s office! After living with dogs that are 86 pounds at the smallest, he had no idea what he was looking at! 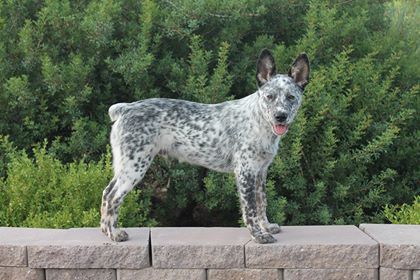 “Skipper adores people and we’re capitalizing on that, socializing him with many types of people he will encounter in our life. Despite being only five months old, he has a very developed guarding instinct and at night, works right alongside the big dogs, barking at possible intruders with his high-pitched squeaky bark. He models the Kangals in all things, play style, howling with them when the bells are rung, and wanting to do everything they do. But, his level of obedience and desire to please is definitely miles away from any Kangal known to man! I am quite sure that this Kangal/Stumpy [partnership] is one that I am going to be addicted to for life! I love Skipper’s tough and sturdy build. He’s solid muscle but has a very refined look about him. Long legs and fine bones. Rather out of keeping with the sheer solid mass of his muscles. I am really looking forward to seeing how he matures. Skipper was born outside and had never been inside until he came to us. He was easy to crate train and loves his indoor time if it means he is with me but otherwise loves the great outdoors. As soon as he has his snake-proofing, he will be allowed to work at night with the big girls. He will love it. He has the true working dog temperament, just like the Kangals: ‘Give me a job and I will do it or die trying!.'”

We are able to report with relief that the final chapter of this frightening event concluded with court proceedings that saw the gunman given 2.5 years prison time, and five years of very intensive probation. As our friend wrote, it didn’t not look good going into court the other day, so the sisters are very grateful that he got even this much. She adds, “chances are the tragedies that have occurred in the last few days with shootings did not harm our case.”

An additional note that comes just when you think there is no one with any goodness left in the world. After intense and potentially life-threatening weeks of doing guard duty for us, the guard refused to accept any payment for his labor of love. As our friend said, “In the midst of all the craziness in the world, there are still real, wonderful people, doing whatever they can to bring good to the world around them… Perhaps he was a guardian angel in disguise?”

Here is where we add our own editorial note: This post is sharing the insights of an experienced Kangal owner who introduced a Stumpy Tail Cattle Dog to the canine family, it is not a place to share opinions about gun control. Please.

We leave you with a parting photo of the happy new family: 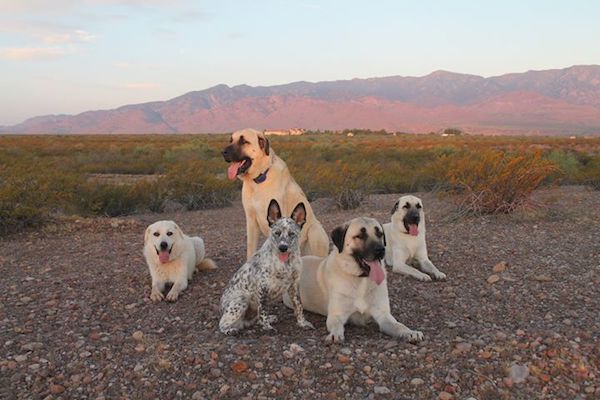 4 thoughts on “The Kangals and the Stumpy Tail Cattle Dog”