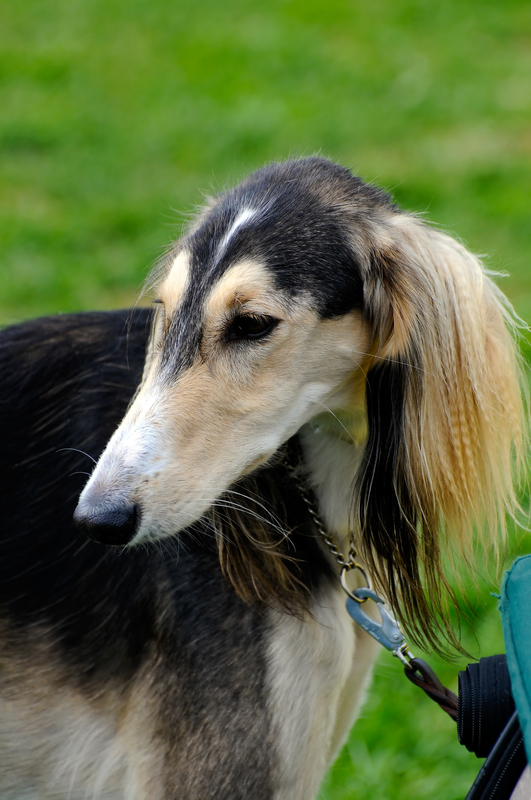 The Bedouin culture’s relationship with horses, camels and falcons have been crucial to its survival in the desert, and in particular, the role of the Saluki was especially pivotal. Bedouins have been breeding these dogs for thousands of years, and trained them not only to hunt with falcons as a team, but in concert with their own pack of two to six dogs.
Soaring above in the air, the falcon would spot prey over which it would hover to indicate its location. Salukis would then race towards the spot – sometimes a few kilometers away!  Following them on camels were the Bedouin hunters, and a successful hunt meant that rabbit or some other animal would soon be in the stew pot.
Appearances in a Saluki were not of great concern to a Bedouin, but they did have traditional belief that a small patch of white hairs in the middle of a Saluki’s forehead signified that the Saluki was especially blessed, and for this reason, the spot was called called “The Kiss of Allah.”
Some puppies born with the marking lose it with maturity, but with some colors/patterns, the “kiss” is less likely to fade: 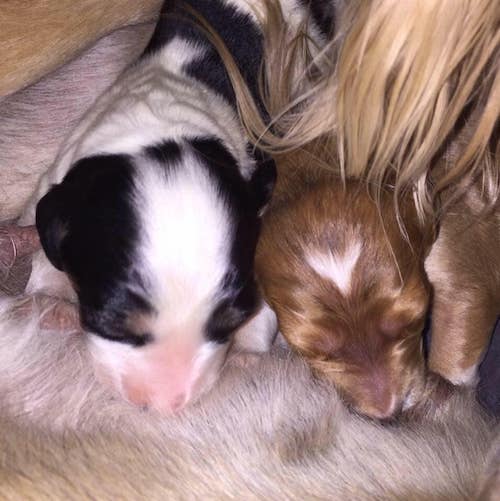 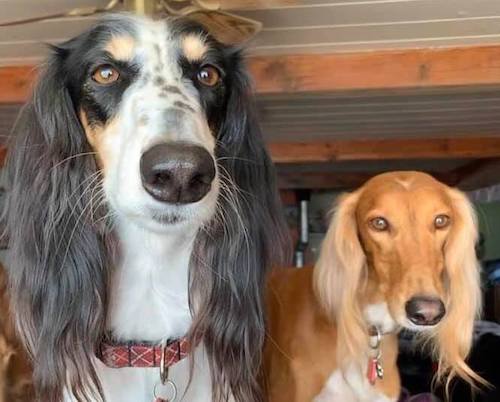 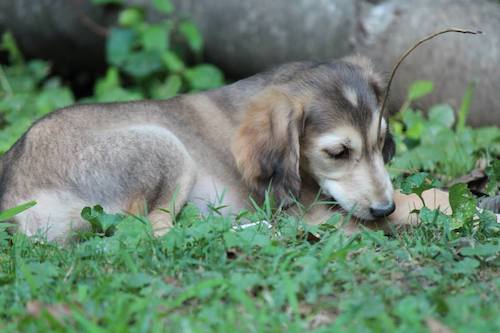 The same pup at five: 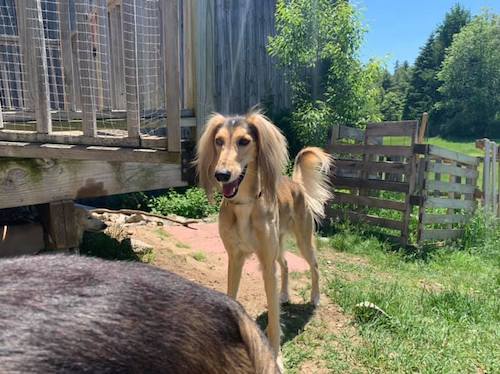 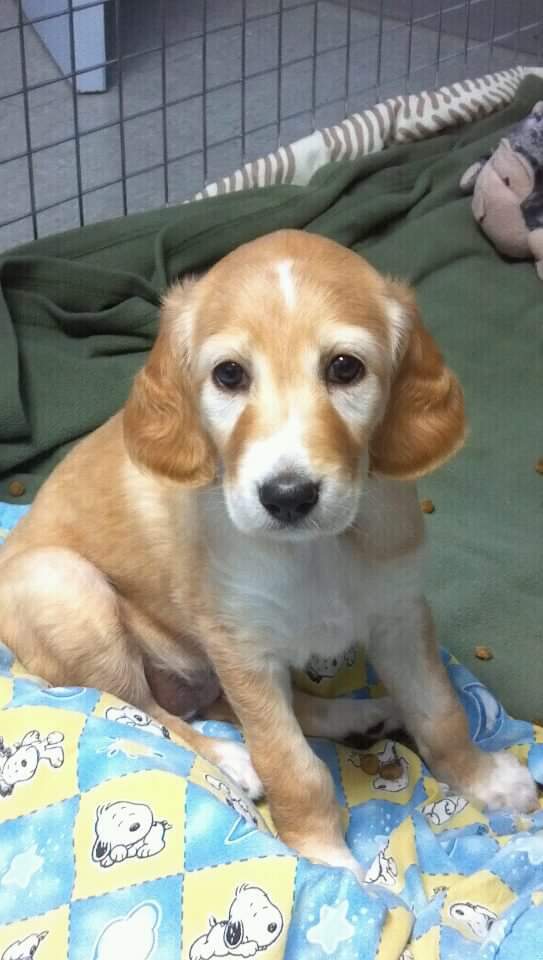 One source writes that while Saluki coats come in a variety of colors, the grizzled pattern is the most common and affords the most opportunity for a dog to bear the “Kiss of Allah” or a white diamond pattern on its forehead. 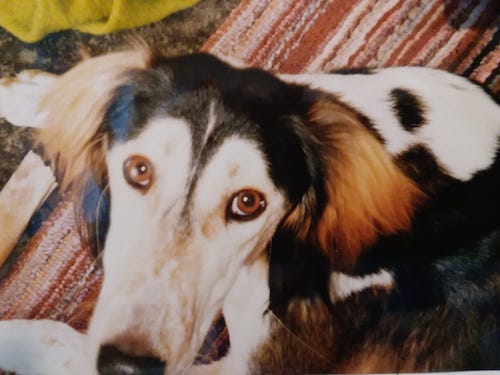 Photo of “Max” and his Kiss of Allah, shared by Janice Simonds 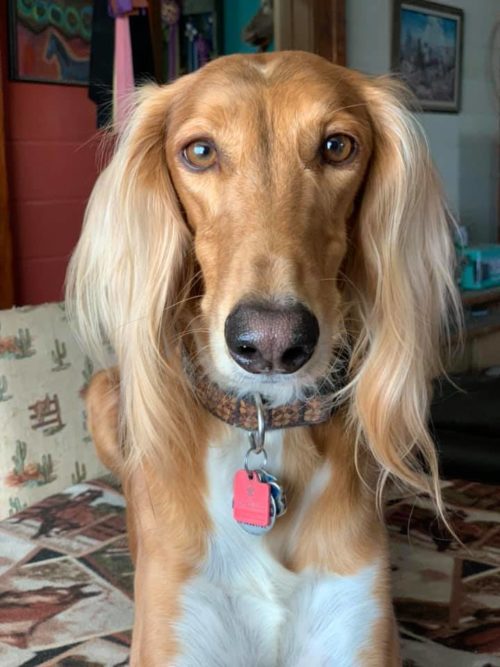 In some Salukis, there may be small patch of white hairs low on either side of the neck. Called the “Thumb Print of Allah,” this is also regarded as a mark of a special blessing.  Sometimes, the mark can appear as a small indentation in the musculature along the forward edge of the scapula, and as an aside, it can also appears in Arabian horses. We’ve also read that a white streak on a Saluki’s neck along the spine (not the same as a white collar marking), is called a “fast mark,” and hints that this Saluki will be an excellent courser.  Finally, a white tipped tail means that the Saluki will be an excellent hunter.

In closing, as valued family members, a Saluki’s name was very significant to the Bedouin who often took weeks to determine just the right one. In reading up on the subject, we noted that a good many dogs are named, “Najma,” Arabic for ”star,” and a reference to the “kiss” mark.

Our appreciation to Jo, Tena, Danielle, Janice and Suzi for sharing their photos with us!
Thumbnail image at the top: Dreamstime Photo