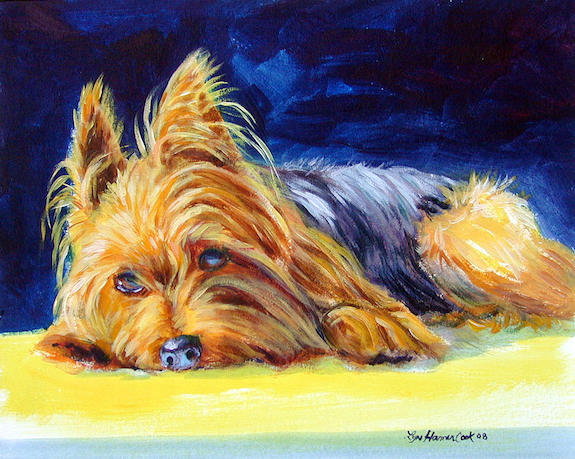 Mill operators and workers of 19th century Yorkshire and Lancashire, England were a tough lot. The thunderous roar of machinery in the background kept workplace conversation to a minimum, and because textile mills had to be kept hot to stop thread from snapping, temperatures could reach just south of 90 degrees. Breathing in cotton particles was unavoidable and put workers at risk of developing Byssinosis, a lung disease. Orphans and kids from poor families were taken on as mill apprentices, and they got some of the most dangerous jobs by virtue of their size. Being small meant they could fit under moving machinery to clean the space under it, and many children died.  In a nutshell, mills were dangerous places to work; up to 40% of patients treated at the Manchester Infirmary in 1833 alone were factory and mill related accidents.

Scottish workers in search of employment during the Industrial Revolution had few options. They settled in Yorkshire to work in coal mines, textile mills and factories, and had brought along a variety of small terriers, including the Clydesdale or Paisley Terrier. Despite their lack of education, these workers carefully chose only the best small terriers to breed, but recording keeping wasn’t a priority. That is a significant reason that verifiable details behind the Yorkshire Terrier’s development – the breed they created to catch rats in their work places – remain somewhat scarce.

That said, there is consensus that the Yorkie originated from “Old Crab,” a long coated male black and tan terrier born around 1850, and a female Paisley Terrier named, “Kitty” owned by J. Kershaw of Yorkshire.  Thrown into the mix was the silky coated Paisley Terrier (described as a smaller version of the Skye Terrier), the black and tan Manchester, the Dandie Dinmont Terrier, and maybe even the Maltese,  but “Old Crab” and “Kitty” are the earliest recorded predecessors of the Yorkshire Terrier breed.

We have this information because of an article written by Ed. Bootman of Halifax, England for the English Stock-Keeper. In it, he mentioned the dogs used to create the Yorkie, as well as their names, and also added that “an old English Terrier bitch kept by J. Whittam, then residing in Hatter’s Fold, Halifax [was also one] of the progenitors of the present race of Yorkshire Terriers.”

Bootman also offered descriptions of Old Crab and Kitty: “Crab was a dog of about eight or nine pounds weight, with a good Terrier head and eye, but with a long body, resembling the Scotch Terrier. The legs and muzzle only were tanned, and the hair on the body would be about three or four inches in length. He has stood for years in a case in a room of the Westgate Hotel, a public house which his owner kept when he returned to his native town, where, I believe, the dog may be seen to-day.

“Kitty was a bitch different in type from Crab. She was a drop-eared Skye, with plenty of coat of a blue shade, but destitute of tan on any part of the body. Like Crab, she had no pedigree. She was originally stolen from Manchester and sent to a man named Jackson, a saddler in Huddersfield, who, when it became known that a five-pound reward was offered in Manchester for her recovery, sent her to a person named Harrison, then a waiter at the White Swan Hotel, Halifax, to escape detection; and from Harrison she passed into the hands of Mr. J. Kershaw, of Beshop Blaise, a public house which once stood on the Old North Bridge, Halifax…”

Despite consensus about Old Crab and Kitty, modern authors still debate the breeds involved in the Yorkie’s creation. The Waterside Terrier is mentioned, as is the Broken Haired Scotch Terrier. Confusing the matter is that the breeds mentioned went by a variety of different names in different areas during different time periods, or that the Yorkshire Terrier itself had a number of aliases during its early years, including Broken Haired Scotch Terriers, Toy Rough Terriers, Blue and Fawn Terriers, and Broken Haired Toy Terriers. Thanks to Angus Sutherland, a reporter for The Field magazine, the breed got its current name in 1870 when after a dog show in Westmoreland, Sutherland said that “they ought no longer be called Scotch Terriers, but Yorkshire Terriers for having been so improved there.”

The breed initially bred to catch rats in Yorkshire mills and mines during the Industrial Revolution has come a long way, and there’s little doubt that those early Scottish breeders would be astounded at the success of their delightful little dogs.