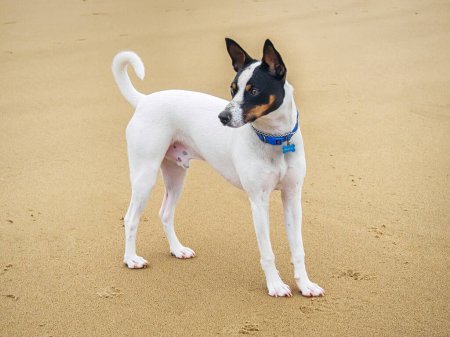 In the early 19th century, a spirited little working dog could be found on Australian farms, its job to tamp down the large numbers of rats and rabbits that threatened to overrun homesteads. Mice especially were problematic in a country that was periodically beset with actual “mouse plagues,” particularly in grain-growing regions. The density of mice in these areas could reach over 15,000 mice on a five acre farm, and ratters were a necessity.

The little dogs, descendants of what may have been Old English White Terriers, accompanied British settlers, as well as sailors leaving Portsmouth in the South of England on ships of the First Fleet. Once in country, the dogs crossed with other small breeds resulting in a smooth coated dog that came to be called “mini foxie.” Their tenacity at killing vermin, and their marvelous temperament with children meant that there was hardly a farm in Australia that didn’t have at least one of these terriers. The dogs were even known to accompany lawmen, such as the police party (photo below) that travelled from Coolgardie to Halls Creek to search for drovers missing near the Canning stock route. 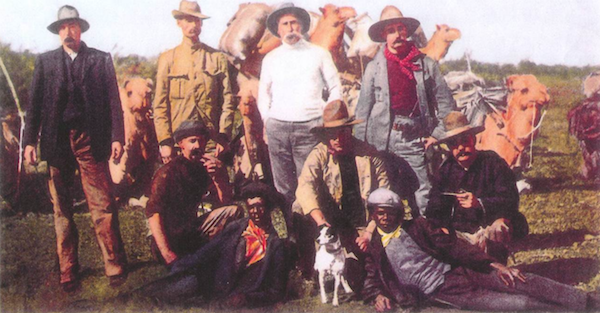 The dogs bred true for years, and around 1990, interested owners gathered to discuss establishing a breed registry. The meeting led to the formation of the Miniature Fox Terrier Club of South Australia, though a similar club had been running in New South Wales before this.  A club was then formed in Western Australia and a breed registry was established soon after.

By 1992, it was evident that that if the breed was to be recognized by the Australian National Kennel Council, the name, “Mini Foxie,” was not going to work. The moniker suggested a miniaturization of the Smooth Fox Terrier which this breed was not.  When polled, the majority of owners liked the name, “Tenterfield Terrier,” because it honored George Woolnough, owner of the famous Tenterfield Saddlery in the Tenterfield district of NSW, and a well known breeder of these dogs.

Several sources credit Don Burke, an Australian TV horticulturist best known as the host of Burke’s Backyard for coming up with the name on his show, though we have yet to find explanation for how, or even why, Burke coined the name. However it happened, the Tenterfield Terrier Club of Australia came to be in 1993, and in 2002,  the Tenterfield Terrier was recognized by the ANKC and placed on the development register. From that year on, the dogs have been exhibited in all States of Australia under national and international judges. In 2009, the First National Championship Show was held in Victoria where breed exhibits were judged by the marvelous Airedale Terrier breeder,  Jane Harvey.

Today, it’s thought that there are about 1,600 Tenterfield Terriers registered with various breed clubs.

As an aside, the breed is commemorated in the song, ‘The Tenterfield Saddler’ written by George Woolnough’s famous grandson the late Peter Allen, Australian singer-songwriter, musician and entertainer (and the first husband of Liza Minnelli). e name Tenterfield Terrier was suggested in the 1900’s by TV personality, Don Burke.