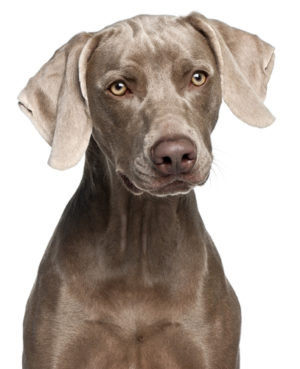 To get you in the mood for this post, check out the “oldie but a goodie” song below. For our younger readers, the men singing this song were the Kingston Trio, a hugely popular group that emerged out of San Francisco’s North Beach club scene in the late 1950s to take the country by storm. More than one music critic has opined that the Kingston Trio’s revival of American folk music paved the way for the likes of Bob Dylan, Joan Baez and Phil Ochs. Take a listen to one of their hits: 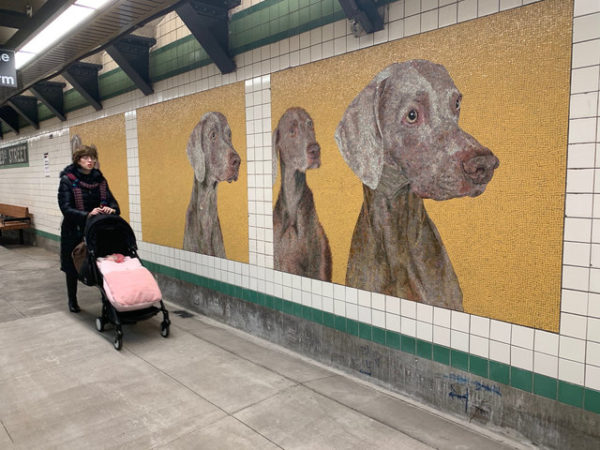 Not surprisingly, the art is the handiwork of William Wegman, famous for his Weims. The mosaics are part of his “Stationary Figures,” a series of photos of his own dogs wearing raincoats and flannel, staring into space, or gazing down the platform as if waiting for a train. There are eleven glass mosaic panels of the dogs, fabricated by Mayer Of Munich, spread out throughout the station. You can see more of the station’s new Weimaraner “style” here; the article is the source of the photo above taken by Jake Dobkin/Gothamist.