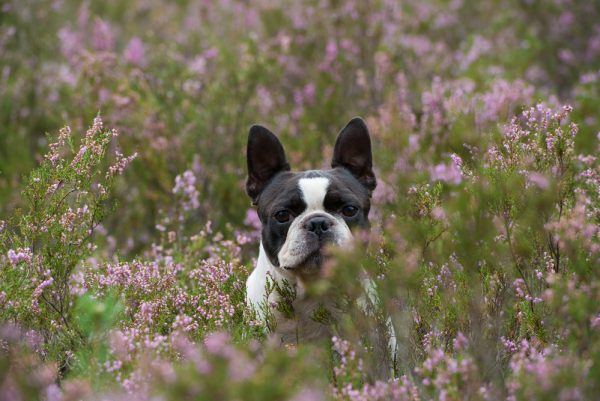 If you’re like us, and we know we are, you absolutely hate it when you can’t resolve a question that has puzzled you for a long time.  Stay tuned to learn of the one that has bugged us for ages.

Historically, most breeds have had names other than the one by which we know them today. Some of these “alternatives” were the original name of the breed later changed upon registry acceptance. Some were names given to the breed for the person who developed it, while some were nicknames. Others were names that different towns in the same country gave to the same breed.

We like to learn the stories behind these different names, but sometimes facts are elusive. We were pretty pleased, for instance (and if we say so, ourselves) when we finally unraveled the story behind the Cantab Terrier, aka Norfolk/Norwich Terrier.

That said, the history behind one nickname in particular has eluded us for years, and what follows is conjecture, the “piecing together,” if you will, by ourselves, but especially by the yeoman’s work put in by Peggy Richter whom we recruited to help investigate.

The Boston Terrier has been known as the American Gentleman, the Boston Bull Terrier, American Bull Terrier, and the Roundhead, and the history behind each name is easily found on-line. One additional name that always pops up in encyclopedias, however, has remained a mystery to us:  The Boxwood Terrier.

Basic research on-line and through books got us nowhere, but when we were introduced to a veteran breed fancier at an important dog show a few years back, we thought we’d struck gold. With respect, the chap struck us as being the same age as dirt. Surely he would know the story behind the Boxwood name.

Here our story takes a turn thanks to Peggy’s research. It involves an ornamental plant, the upper class elites of Boston society known as the Boston Brahmins, and a fair bit of conjecture.

In the 19th-century, Boston elites took great pride in the gardens surrounding their estates. In a speech made before the Massachusetts Horticultural Society in 1829 by Henry Alexander Scammell (himself a US Congressman, Collector of Customs in Boston, and the first president of the Society), his very first sentence was: “The history of horticulture is co-extensive with that of the human race.”

It would be another forty-odd years before the Boston Terrier was created, and by then, mature Boxwood ornamentals were part of every respectable garden, both as stand-alone specimen gardens, and as part of cutting gardens as seen at the gardens of the Rotch-Jones-Duff House built in 1834. The Boxwood is said to be “man’s oldest garden ornamental” – plenty of time to discover how tolerant the Boxwood was to pruning. This made the plant ideal to fashion into topiary, and one of the most popular trends of the day was to “round” the shrubs as seen here.

It’s not a stretch (which is to say not too much of a stretch) to suggest that surrounded as these people were by beautiful, rounded shrubbery, the Boston elite preferred Boxwood over Round Head. It would not have been the first time that a breed was named after a “thing” (we use the Cairn Terrier, named after rocks, as Exhibit A).

For our final stretch (work with us here), we mention the Burnett-Garfield House, a 13-bedroom mansion built in 1847 for Joseph Burnett, a chemist who revolutionized the manufacture of vanilla extract. His son, Edward, owned Burnett’s Gyp, a short-faced, all-white bulldog bred to Hooper’s Judge, a dark-brindle, white-blazed English import. They produced but one puppy, presumably whelped at Burnett-Garfield House, whom they named Well’s Eph. Well’s Eph’s puppies became the early progenitors of  the Boston Terrier. To be fair, we don’t know when they were planted, but when one looks at photos of Burnett-Garfield House, one sees (say it with us) Boxwoods.

If you have a different and verifiable explanation for the Boxwood moniker, we are all ears! Until we hear otherwise, we appreciate the indulgence of readers as we speculated outrageously and out loud….