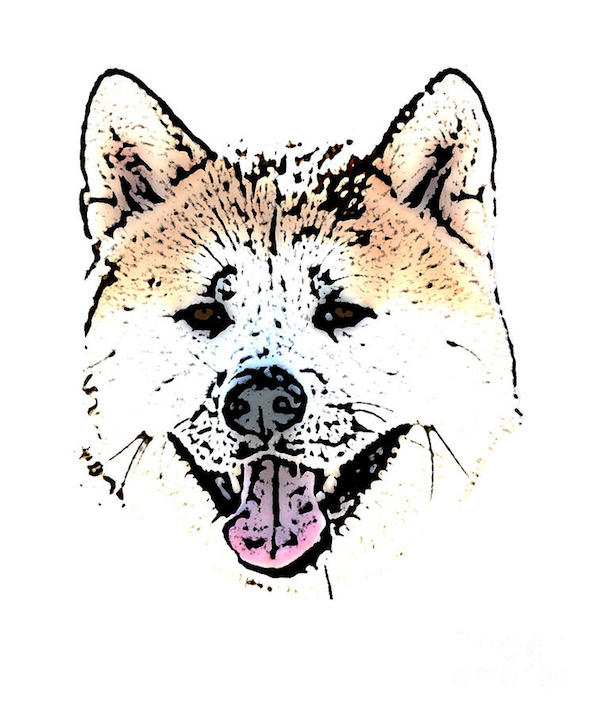 Among the seven breeds of Japanese dogs proclaimed as natural monuments is the Akita, but it was not always known by this name.

We don’t really know when dogs were first domesticated in Japan, but we know that certainly they had a presence during Japan’s feudal period. At that time, these dogs were called the “Nambu-inu” (“Southern regional dog”), but were generally known as the “ji-inu” (“regional dog”). Fighting dogs were called “kurae-inu” (“punching dog”) or by their local term, “kuriya-inu.” Hunting dogs from mountain villages were called “matagi-inu” (“hunting dog”), the word “matagi” the local term for “hunter.”

In time, and with the exception of the Shiba Inu, most Japanese dog breeds came to be named after the province or geographical area of their origin. Following naming traditions, dogs from the Odate region were called “Odate dogs,” and that was the Akita’s early name. It got its modern name, Akita-Inu (Akita dog) after being designated as a natural monument in September, 1931.

Image: Akita inu by Ales Furlan is available for purchase as an art print, and in home decor and lifestyle items here.

2 thoughts on “The Odate Dog”