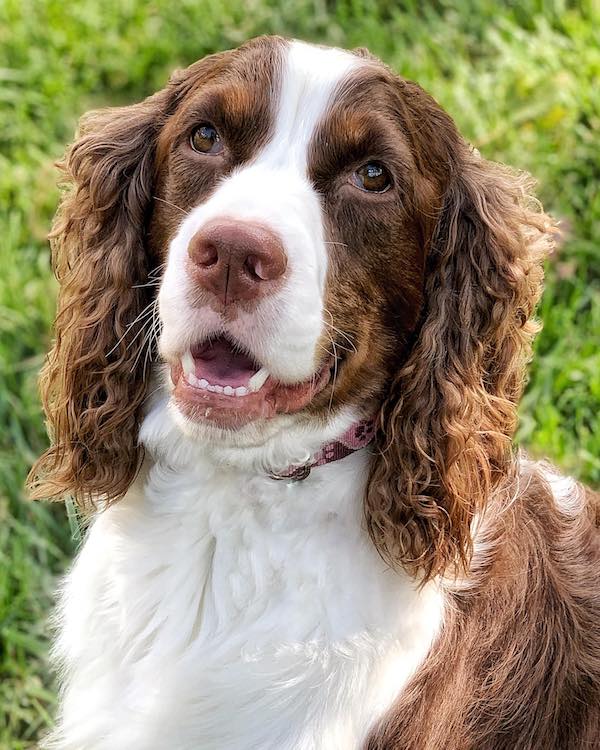 Of all British land Spaniels, the English Springer Spaniel is the highest on leg and raciest in build, but for this post, our interest in the breed is on the head, and one area in particular.

The ESS has a medium-long and fairly broad skull, flat on top and slightly rounded at the sides and back. As the skull rises from the foreface, it goes into the stop which should be moderate. It’s not pronounced, but is a subtle rise where the muzzle joins the upper head (and this wording is straight from the AKC breed standard). The standard goes on to state that the stop is emphasized by a furrow and by the position and shape of well developed eyebrows. The groove disappears as it reaches the middle of the forehead.

We’ve italicized furrow and groove to make them stand out because there is another word used to describe this feature, and out of all the AKC breed standards, the English Springer Spaniel’s is the only one to mention the word, and the word is “fluting.”

We have the kind consent of owner, Micheline Arlette Logan, to share the photo below of “Lucy,” six months old at the time the photo was taken. Her eye color was still light and her ears still had to grow, but we doubt a better illustration of “fluting” can be found: 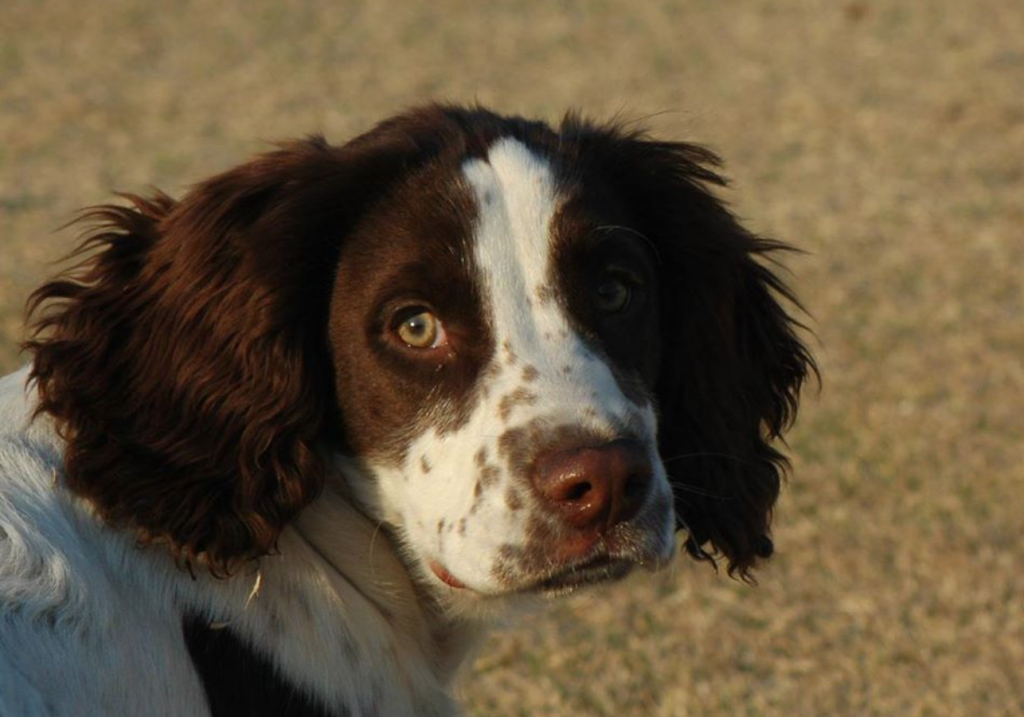 As an aside, Micheline tells us that Lucy is a working Springer, stocky and short. Her mother was of English stock, “a failure from an institute in Pretoria (Mechem) who trained sniffer dogs for Afghanistan.” Her father was a Belgian show Springer. Lucy was also used for an ad for Centrum pharmaceuticals, and the next photo shows her conformation: 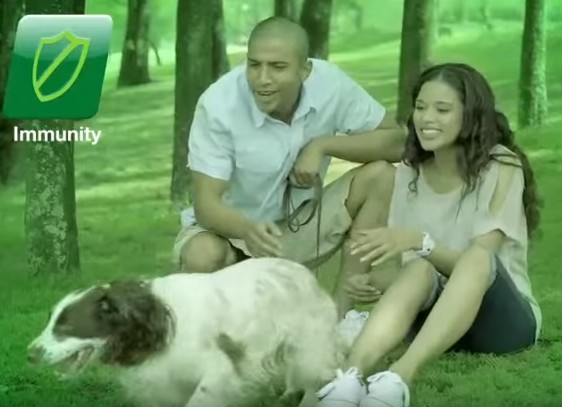 The distinct expression of an English Springer Spaniel is kind, but also intelligent, and no doubt that much of that expression can be attributed to dark, almond shaped eyes. In our view, however, without the fluting, the expression loses something.

Thumbnail image: We have the kind permission of owner and photographer, Shelly Atkinson, to share a photo of her “Cassie,” aka Lady Cassiopeia of Bennington, who has wonderful fluting!