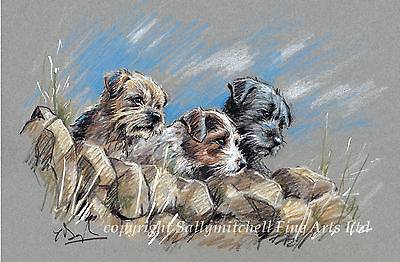 Only one word in the resolution designating May 1 as National Purebred Dog Day was challenged by the Colorado Legislative Editor back in 2015:

Virtually no one knew what it meant, but once explained, the term was retained and included in the final language of the resolution that was passed by the Colorado Senate.  If “earthdog” was a mystery to them, “going to ground” would really have eluded them.

When a dog is sent into a burrow, tunnel, hole or opening in rocks (called cairns), to go after vermin or game, they’re “going to ground.” Generally speaking, two types of dogs are used for this, Dachshunds and short legged terriers, and terriers with longer legs but “straighter” fronts (“straighter” meaning the dog’s shoulder and arm structure aren’t as angulated as some other breeds). To do their jobs, these dogs have to work with their chests (or briskets) on the ground, and their elbows have to be positioned high enough so that they don’t get in the way of their feverish digging. 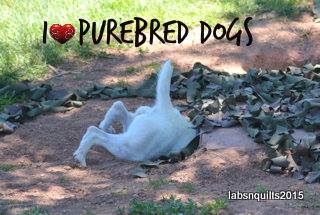 There are two organizations in the United States that sanction Earthdog trials. The first to develop these trials was the American Working Terrier Association formed in 1971 to help promote ownership and working of earth working terriers and Dachshunds. The second is the American Kennel Club which started Earthdog trials in 1994.

There are also tests that are breed specific. The Go-To-Ground (GTG) trial event was designed to simulate and test a Jack Russell’s ability to hunt and work underground. It’s the closest that some terriers might ever get to any type of “work,” and while it’s as much of a game as anything to the terrier, it is a good first step towards the day the dog may do real earthwork since it stimulates the natural instinct to do what they were bred to do.

As for Dachshunds, you might be a chuckle out of this video (no animals are harmed):

We encourage you to share pictures of your dogs “going to ground” or digging their way to a critter in China.