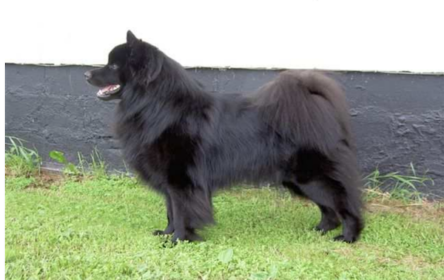 The Swedish Lapphund is sometimes confused with the Finnish Lapphund, but it is by far the oldest of two, and, in fact, is the oldest of the native Swedish breeds. Many cynologists believe it to be one of the most ancient breeds in existence today.

Created by the Sami people of Lapphund for hunting and herding reindeer, this is a unique breed. The dogs were trained to bark continuously when around the reindeer, but if a strange dog showed up that didn’t bark, the reindeer would know it wasn’t their dog, and avoid it for fear of attack.

The breed took a hit when new ways to manage reindeer were introduced in the 1920’s. Little effort was put into preserving and sustaining the breed, and the Lapphund might have become yet another canine footnote of history had it not been for the people who saved a few dogs. By the 1960’s, some of the dogs began to be bred by the Swedish Kennel Club with a goal to emphasize the guarding abilities of the breed. Since then,  Swedes have been fighting to preserve and keep the breed from dying out, a valid concern given that there are perhaps 1,200 Swedish Lapphunds worldwide. The breed’s “cousin,” the Finish Lapphund, is much better known and more popular, and while it has AKC recognition, the Swedish Lapphund has FSS status with the AKC. The United Kennel Club recognized the breed in 2006.
The herding instinct is still alive and well in today’s Lapphund, and herding enthusiasts would do well to consider this breed for their next dog to compete in sheepdog trials.
Image at the top from the breed’s listing on the FEDERATION CYNOLOGIQUE INTERNATIONALE

2 thoughts on “The Oldest of the Native Swedish Breeds”