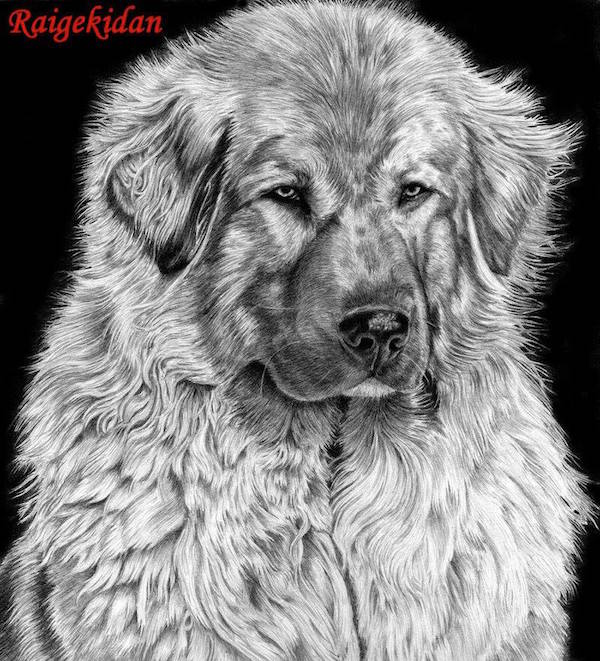 Given the depth of antiquity behind many of our breeds, it’s “saying something” when many cynologists believe a breed to be the oldest true Molosser in the World. In fact, an old Balkan folk legend says this breed is so old, it remembers a time when everything was under water, a hint at Noah’s Ark, perhaps.  Alternately, this breed’s homeland was once covered by the Pannonian Sea, but that still makes the national dog of the former Yugoslavia’s quite old.
We write of the Sarplaninac (pronounced Shar-Pla-Nee-Natz) which, until 1939 when it was recognized by the FCI, was known as Illyrian Shepherd Dog. In 1957, the name changed again to the Yugoslavian Shepherd Dog, but when Yugoslavian collapsed, a name change was requested yet again, this time from Serbian and Macedonians who wanted the breed to reflect both countries. The breed is now registered with the FCI as the Macedonia-Yugoslav Shepherd Dog Sarplaninac, but the United Kennel Club accepts it as the Sarplaninac.

By any name, this is an incorruptible, independent, and intuitive Livestock Guardian breed devoted to its family, and generally a calm dog until its flock is threatened, and then, as they say, it’s “Katy, bar the door.”  An effective “tool” in livestock management, it was under Yugoslav communist leader, Tito’s rule that the Sarplaninac was used as a military dog to guard and patrol installations, munitions and barracks. Tito, by the way, owned a Sarplaninac, himself.

Image: The Guardian” by Misty – Raigekidan whose work we encourage you to support here