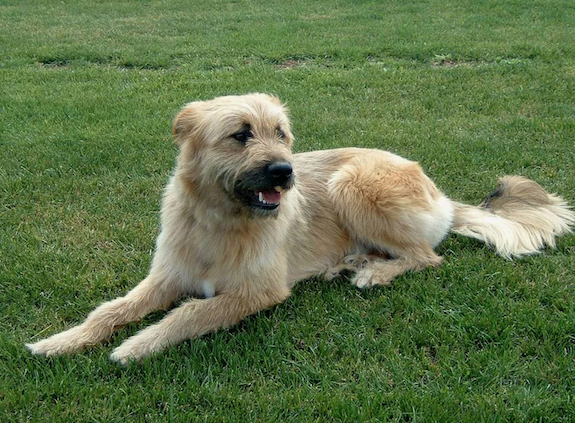 Not a member of the clergy, the Pastor Vasco is known by a surprising number of names for such a rare breed. If you love an Australian Shepherd, however, this is a breed you’ll want to know.

Also called the Basque Shepherd Dog, the breed’s origins are in Basque Country. It is from that area straddling the border between France and Spain that missionaries and ranchers brought their livestock with them to American states such as Texas and California. They were taking advantage of an act passed in 1952 that allowed immigrants to enter America if there was a job available to them that couldn’t be filled by local Americans. So many Basque shepherds took advantage of this offer, in fact, that the law was sometimes affectionately known as “The Sheepherder Bill.”

Needing help to work the stock, the shepherds brought their herding dogs with them.  Over time through natural selection and cross breedings with local dogs, the dogs evolved to meet the demands of the work required of them, and the result is the fabulous Aussie. While some are of the belief that the original dogs kept by those Basque shepherds were Pyrenean Shepherds, some cynologists are of the opinion that the Pastor Vasco were also ancestors of the Australian Shepherd. 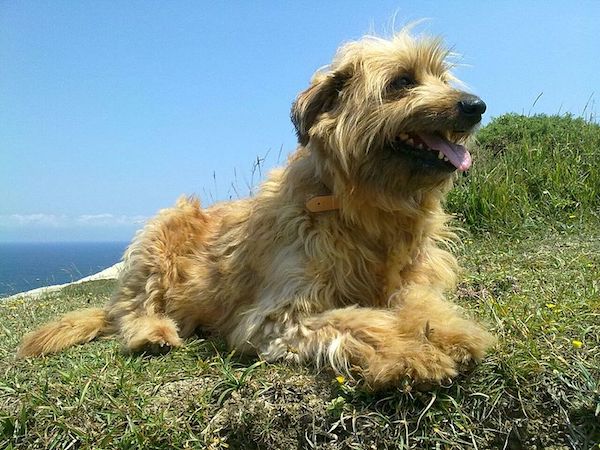 The Pastor Vasco is an old breed dating to the sixteenth century as evidenced by paintings and frescoes showing representations of them. From the 18th century, they were painted or drawn on the canvases of Paret y Alcazar, Doré, Guiard, Arrue and others. Skeletal remains in Neolithic caves, however, point to a much older timeline. The bones believed to be from a dog much like the Pastor Vasco are from twelve thousand years ago! The finding provided essential information to researchers studying the ancient Basque people, and given the type of dog that was found, they deduced that early Basques worked as shepherds.

The dogs developed with little human intervention, but two strains emerged on their own, the older Smooth-Haired Gorbeiakoa, and the Rough-Haired Iletsua. Both were almost lost at the end of the 19th century when increased wolf attacks on sheep caused shepherds to replace the dogs with larger livestock guardian breeds. Had it not been for changes in grazing habits and the vigilance of shepherds and villagers, particularly in places such as Álava or Vizcaya, to pasture their sheep more safely, the breed would have been lost forever.  As it is, breed numbers are low. As of 2009, it was believed that the total number of both breed types was only around 500 dogs, and most are believed to be working livestock daily.

If there was a peak of popularity, it might have been reached when international herding dog competitions began. The Basque Shepherd stood out at all levels of work and obedience, so an in-depth study to assess the breed’s characteristics was started. By 1991, these had been defined, although it would take a few more years for the breed to be recognized. Only after demonstrating the differences from other breeds like the Pyrenean Shepherd and the Catalan sheepdog did the Royal Canine Society of Spain recognize the Basque Shepherd Dog as a unique breed, its official name the “Euskal Artzain Txakurra.” Other registries have been slow to follow.

We feel sure that if more people were aware of these extremely bright, notoriously quick, and people-oriented canines, things might change for the breed. These dogs are well suited for owners experienced with a dog that rarely tires, and, who, like all intelligent dogs, needs adequate stimulation (read: a job). It’s a medium-sized dog that weighs an average of fifty pounds and stands between eighteen and twenty-five inches tall, so it’s a good, versatile size.  Finding one outside the Pyrenees Mountains might be challenging, but helping save an entire breed over saving one dog through rescue is worth consideration.