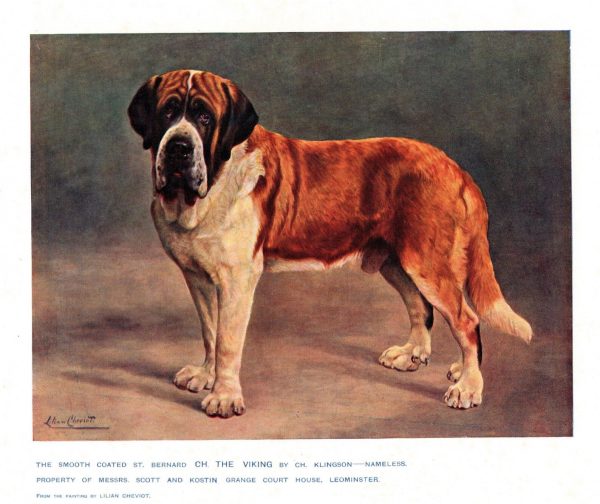 Field marshal Bernard Montgomery probably didn’t know this about his name, and Irish playwright and essayist George Bernard Shaw may not have, either, well versed as he was.

There are fifty famous people named “Bernard” listed on Ranker.com, though surprisingly (to us, anyway), Bernard of Menthon isn’t one of them. More on him in a bit.

The name, Bernard, is derived from the Old German bern (“bear”) combined with hart (“hard, firm, brave, hardy”). It was the Normans who brought the name to England where it replaced the Old English name Beornheard, a cognate  (a word that is a word in another language and derived from the same root). It’s a good name – good enough for several saints including Saint Bernard of Menthon who built hospices in the Swiss Alps in the 10th century.  Famous for their generous hospitality, monks of the hospices gave comfort to travellers over the Great and Little St Bernard passes, and after severe weather, these heroic men searched for victims with the help of their immense dogs.

The dogs, descendants of dogs gifted to the monks by families from the cantons of Vaud and Valais, are today’s Saint Bernard, but they were not known by this name at the until around the middle of the 19th century. Before this time, they were known by several other names, including Alpenmastiff, Bernardine, Küherhund, Alpendog, Bernhardiner, Noble Steed, Menschenretter (or “people rescuer” in German) and Barry Dog, the latter after the most famous of these dogs, “Barry,” credited with saving the lives of at least forty people.

Early British accounts of the breed referred to it as the Alpine Spaniel or Alpenlandischer Spaniel, though it should be noted that many sources regard the Alpine Spaniel as having been a distinct breed that is now extinct, but an ancestor of the Saint Bernard.

If dogs were immortal (if only they would be), Barry, the Saint Bernard, would be 223 years old at the time of this writing.

Image: Antique St Bernard print by Lilian Cheviot from 1911 is offered by Ginny, owner of plaindealing and available for purchase here.