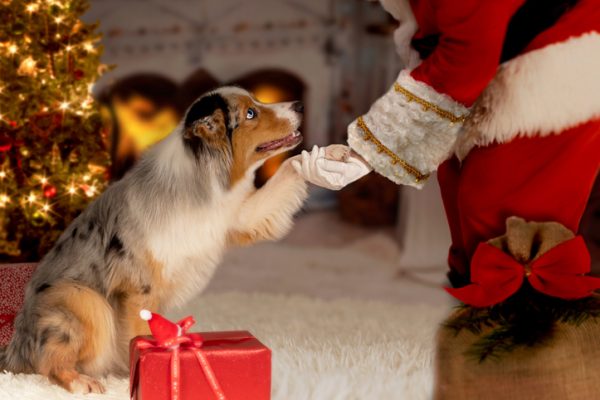 You would be forgiven for never having heard of Haddon Sundblom, but we guarantee that you know his work.

Haddon was born in 1899 to Swedish-born parents who had immigrated to Michigan. The youngest of ten children, Haddon dropped out of school at the 8th grade to help support the family after his mother died. Though he took years of night school classes and correspondence courses, a clear gift for art landed Haddon places at the Chicago Art Institute and American Academy of Art. In 1920, and now at the age of twenty-one, Haddon was taken on as an apprentice with the reputable illustration Charles Everett Johnson Studio. The fledgling illustrator had the chance to work with early twentieth century commercial artists who would one day be famous, each in their own right.

Readers with an art background will know of the “alla prima” technique of painting that Haddon mastered. Also known as the “wet-on-wet” method of painting with oil, an artist must apply a layer of wet paint to the previous layer of wet paint while all of it is still wet. It requires rapid and deliberate work before the first layers of paint dry, and while the downside is that work has to be completed in a single sitting, this rapid fire way of painting ends up being vibrant, energetic, and, from a critic’s point of view, alive with movement.

There was one other thing about Haddon’s work. They were always upbeat, even sunny. His characters were of good character: Wholesome, healthy, robust. This would come into play in probably Haddon’s most famous depiction, but we get ahead of ourselves.

For good reason, Haddon became a much sought after illustrator. At the top of his career, his clients included Maxwell House, Palmolive, Colgate, Quaker Oats, Nabisco, and Coca-Cola. They liked Haddon’s vision of the American Dream, and that dream included purebred dogs. We don’t have permission to share these copyright protected images, but by clicking on the links, you can see how he included Setters, Fox Terriers, and Cocker Spaniels, among other breeds, in that vision.

These images appeared in advertisements and publications well before the time of most of our readers, and yet his most famous character is one we still celebrate today. 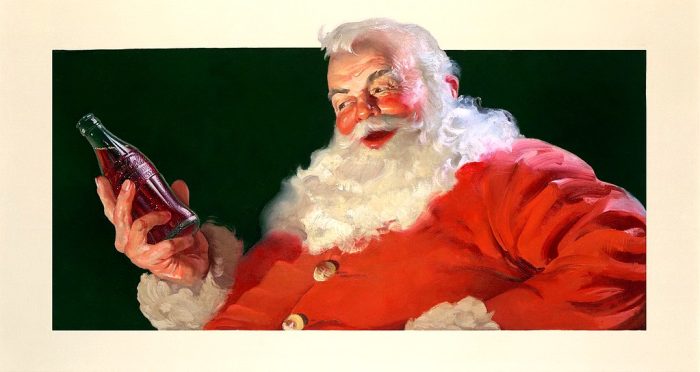 Other artists had depicted Santa Claus, including Fred Mizen who drew a department store Santa in a crowd for Coca-Cola’s holiday print ads in 1930. The ad featured the world’s largest soda fountain located in the department store Famous Barr Co. in St. Louis, Missouri, and replete with his red suit and white beard, Mizen’s Santa was used in print ads appeared in The Saturday Evening Post.

There was something missing,  and when the Coca-Cola Company hired the D’Arcy Advertising Agency to revamp its Santa Claus, they expressed the desire for a wholesome and realistic Santa showing Santa as himself, and not as a fat man dressed in red. The agency commissioned Haddon Sundblom to develop a new Santa Claus that was less the traditional and pious image of Christian folklore, and more of a modern day Santa with whom people could relate.

Haddan turned to the famous Clement Clark Moore’s poem, “‘Twas the Night Before Christmas” for inspiration, and then used his friend, Lou Prentice, as a model. Lou was a retired salesman whose thicker, kinder face,  rosy cheeks, round belly, and twinkly eyes made Haddan’s Santa more human, warmer, but with a sprinkling of Christmas magic.

A star was born.

Haddan’s Santa made his debut in 1931’s Coca-Cola advertisement “My Hat’s Off to The Pause That Refreshes.”  After Lou died, Haddon looked at himself in the mirror and decided to use himself instead, and since he didn’t have a beard, he just painted one on.  Haddan’s Santa was an instant hit with the public, and for the Coca-Cola. It lifted the spirits of a country crippled by the Great Depression, and to this day, it’s the image of Santa that most of us have when we’re feeling nostalgic.

Haddon painted pictures of Santa for Coca-Cola for 35 years, his final version coming in 1964 with the “Things Go Better with Coke” campaign. He died in 1976 at the age of 76,  but from dogs to Santa, Haddon’s images live on. Haddan didn’t invent Santa Claus, he just improved him.