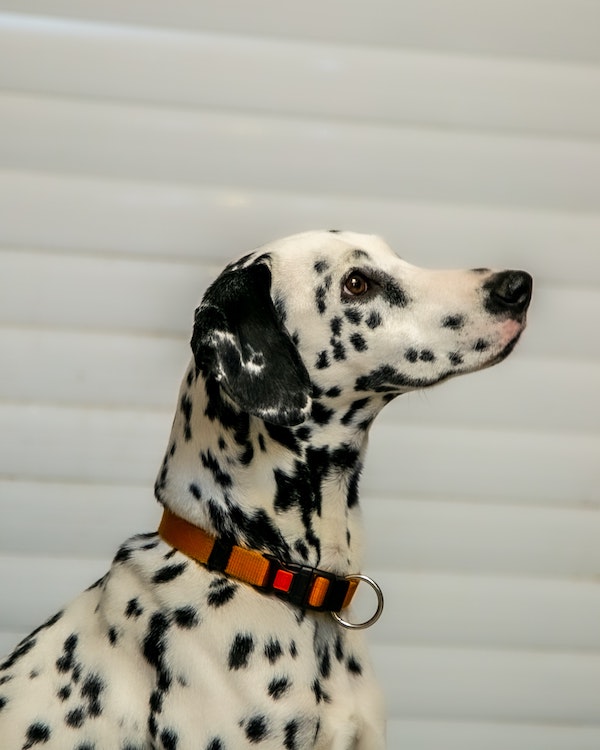 We might be crediting the wrong person for this quote (which we paraphrase), but we believe it was Anne Rogers Clark, the first woman to win Best in Show at the Westminster Kennel Club Dog Show, who said that when judging, pull the typiest dogs in the class, and evaluate their structure and movement from there. Later in this post, we’ll get back to that concept.

Few breeds have had as many roles in its history as the Dalmatian: War dog, sentinel, draft dog, and shepherd. Ratter, bird dog, trail hound and hunter. Circus and stage dog, coach dog, and mascot of firehouses and a brewery.

From a conformation standpoint, spots matter in this breed. To state the obvious, spotting is the breed’s most distinguishing feature, and it helps to establish breed type.  Indeed, on a scale of points included in the breed’s AKC standard, a full 25 out of 100 points are assigned to color and markings. Without them, the breed is just a white dog to the average person on the street: 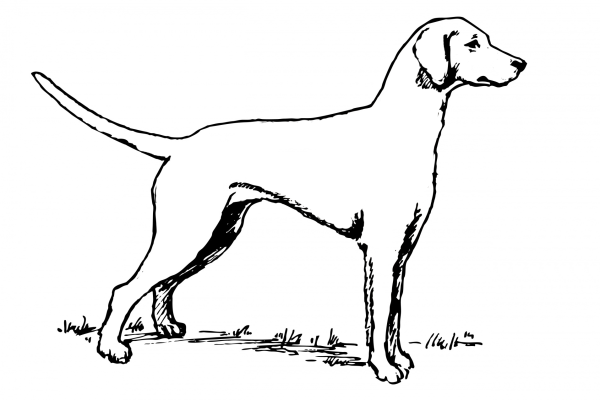 The Dalmatian’s Illustrated Guide points out that spots may “vary from the size of a dime to the size of a half dollar. They are pleasingly and evenly distributed. The less the spots intermingle, the better. Spots are usually smaller on the head, legs, and tail than on the body. Ears are preferably spotted.”

And here we hone in on those ears…..

Though Dalmatians are born white, patches (which are a disqualification) are present at birth, a patch being defined as a solid mass of black or liver hair having no white hair. They are considerably larger than a normal sized spot. Non-patched puppies are born white.

What is not a patch is a large color mass formed by intermingled or overlapping spots. They should indicate individual spots by uneven edges and/or white hairs scattered throughout. Patches are not a convergence of spots, but instead, a separate large, dense, solid area of black or liver, with smooth edges. As in the dog seen at the top, patches are normally found on the head, around the ears and (or) eyes and sometimes at the base of the dog’s tail. They are rarely found anywhere else on the body. As an aside, Dalmatian fanciers, would you say this dog’s head is correct?

Spots must be round and well defined, and the more distinct, the better, and here we circle back to the opening line about type. Spotting helps to establish breed type, and needless to say, while structure and soundness are critical in this working dog, spotting and soundness are both essential parts of correct Dalmatian type. To borrow from the Illustrated Guide, one must not be over-emphasized at the expense of the other.

Image by Alireza Roudbarmohammadi on Unsplash