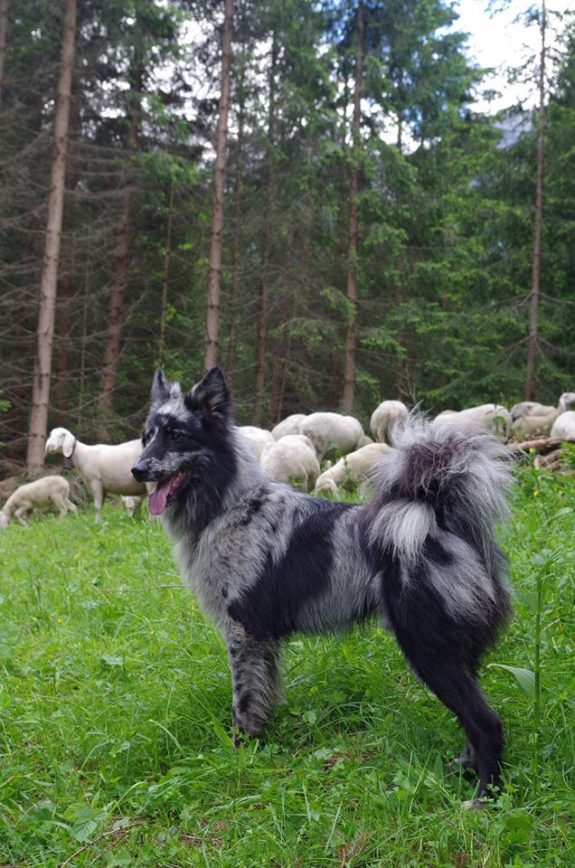 Not long ago, the Italian Kennel Club expanded our awareness of the world’s dog breeds by recognizing the Pastore della Lessinia e del Lagorai, or, in English, the Shepherd of Lessinia and Lagorai.

This isn’t just an old breed, it’s ancient. Rock carvings and bronze decorations made by ancient Venetian people who settled in Triveneto in northeastern Italy after the middle of the second millennium BC already knew the ancestors of this breed, a wolf-like dog with a curled tail and the typical characteristics of a herding dog. Even Homer mentioned the people who accompanied herds and flocks with these dogs to pasture along transhumance. Through transhumance, the breed spread in an area known since ancient times for its flourishing wool industry and sheep/goat breeding.

A group of Italians recognized a decade ago that this breed was little known and at risk because of a lack of demand for its skills. Some believed (and still do) that it may easily be the rarest shepherding dog breed in the world. Though the dedication of volunteers over the last ten years, breed numbers have increased throughout the mountainous area of ​​the Triveneto and eastern Lombardy. An important step came a few months ago when the president of the ENCI (Italian Kennel Club),  Dino Muto, confirmed the news that the Shepherd of Lessinia and Lagorai had been admitted to the club’s Herd Book of recognized dog breeds. The next phase will lead to the development of the blood lines making up the population necessary for the FCI international recognition.

2 thoughts on “The Rarest Shepherding Breed in the World?”