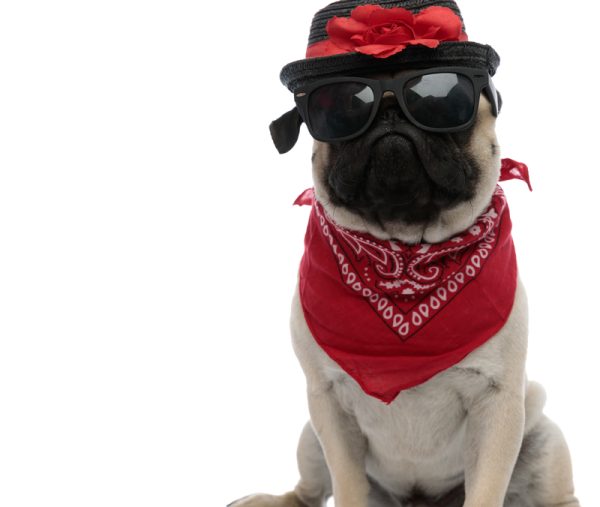 If you have a breed of Chinese origin, we have a couple of points of interest for you, but if you have a Pug, pay close attention.

Anyone who has eaten in a Chinese restaurant that uses paper placements featuring the Chinese zodiac knows that it assigns an animal to each year in a repeating twelve-year cycle. These animals (ox, tiger/lion, rabbit, dragon, snake, horse, goat, monkey, rooster, dog and pig) are said to represent how others perceive us, as well as reveal our personality traits and romantic compatibility.  Right now in 2022, we are in the year of the Tiger. On January 21st, 2023, we will enter the year of the Rabbit which will end on February 9th, 2024. The next year of the dog isn’t until 2030. You can find your birth year’s zodiac animal in this chart, but be aware that the dates of Chinese New Year change every year, so individuals born in January or February have to pay special attention to their birth date in addition to their birth year.

Chinese New Year is celebrated with a pyramid of oranges, red envelopes called li shis, delicious candies like sweet lotus root, and red decorations, the color denoting prosperity. In China, red is typically worn as outer clothing during a person’s Ben Ming Nian (the year of their animal sign as determined by their birth year) to mitigate any predicted inauspicious effects. Why? Because counter intuitively, Chinese traditional belief is that one’s zodiac year will be loaded with bad luck, more challenges, or unexpected troubles. Wearing red is believed to ward off those misfortunes and attract good luck, especially when worn as underwear.  Seriously.

There’s a catch to the “red underwear defense.” Someone else has to buy it for you – a parent, a partner, a friend or child have to buy it for you, you cannot buy it for yourself (as an aside, red underwear is one of the most popular gifts for sweethearts to exchange around the Chinese New Year).  If your dog’s birth year is this year, quick, get something red on them!

As for you Pug owners, did you know that National Pug Day is in a couple of weeks?  The day invented by Colleen Paige (who seems to have invented every dog holiday imaginable, but not National Purebred Dog Day) is held every October 15 which falls on a Saturday this year. Can we hear PARTY!?

Since we like to hedge our bets, be sure to put something red on your Pug if this is their Ben Ming Nian. Shameless plug, but NPDD’s “Ask About My Heritage” bandana is not only red, but serves to educate the public about your breed. Just saying.