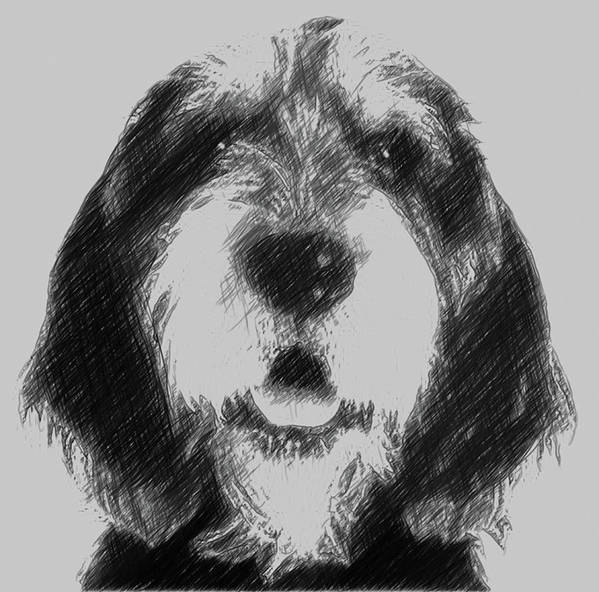 While we are all aware of the fact that there are endangered species, there is a tendency, we suspect, to think of the extinction of some animals as something that happened a long time ago: The Dodo came to an abrupt end in the 1600s when European explorers landed on Mauritius and Dutch sailors ate the bird to extinction. The Carrier pigeon went extinct in 1914, and the last Tasmanian tiger died in Hobart Zoo in 1936. There are many more, of course, but it might surprise some readers to learn that as recently as 1990, a dog breed went extinct, and it was one that few people had ever heard of, the Welsh Hillman.

To be clear, the Hillman may have been a landrace which is defined as a group of animals that have lived in the same geographical area for so long and in relative isolation that they have interbreed amongst themselves to produce genetic uniformity over time.  The Animal Health Foundation believes that the Carolina Dog, for example, began as a landrace, but it is now part of the AKC’s Foundation Stock Service. Many more breeds now considered purebred breeds were once regarded as landraces. For the purposes of this post, we speculate that had it not vanished, the Hillman one day might have gone the same route, but now, no one will ever know.

The Hillman was one of the longer-legged uplands sheepdogs of Wales. On the larger and rangy side, these dogs described as “fast and fearless” drove and herded livestock.  Light fawn, sandy or red-gold colored with a black saddle, the dogs could have a white chest, white on their legs and on the tip of their tails; some had a blaze on their face. Blue merles also existed.   Some sources write that it was possibly the oldest Welsh sheepdog (older than even the Corgi); others have opined that it was a descendant of ancient wolfhounds that lived a thousand years ago.

What caused it to go extinct?

It is an old story. Something better or more fashionable replaced it. In the Hillman’s case, the Border Collie pushed local breeds out of popularity, and farmers quit breeding it. The last known Welsh Hillman was named ‘Jess,’ a bitch purchased from a hill farm near Hay-on-Wye by author and broadcaster, Jeanine McMullen.  McMullen didn’t know what she had.  Since she only needed one dog, she had Jess spayed before realizing that the breed was on the verge of disappearance. With Jess’ passing around 1990, the breed became extinct.

The Welsh Sheepdog nearly suffered a similar fate,  but a Welsh Sheepdog Society organized in 1997 worked towards preserving the breed, and in particular, its working standard. We’ve read that a Welsh Sheepdog may be registered with the society as breeding stock only after passing a working test. We’ve also read speculation that there could be Hillman genes in the background of the Welsh Sheepdog since there are some of the latter that resemble the former.  One supposes that with a DNA sample, the breed could be reconstructed, but it would be a big project – and would it resurrect the breed as it once was?

Why are we writing about an extinct breed? Because it could happen to many of our beloved breeds now. The Kennel Club in England maintains a list of breeds of British and Irish origin that are considered to be vulnerable and at risk of extinction because of declining registration numbers. While some breeds on the list have healthier numbers outside the UK, others are in trouble globally. Only 42 Otterhounds were registered in the UK in 2021, but world wise,  fewer than 800 are thought to exist. As of 2014, there were only around 400 Skye terriers remaining in the world as compared to 2,000 Giant Pandas, a species the world rallied to save. To that end, conscientious breeders of purebred dogs are no less conservationists than were the people who bred the Panda Bears.

Every so often, we feel the need to remind readers that extinction is forever, and when a dog breed is lost, the legacy of the culture that produced that dog for a reason is also impacted. Studying dog breeds gives us a glimpse into the early lives of Samoyedic people, how Africans hunted with Basenjis, the sacrifices that European countries made to save their breeds in time of war, and so much more.

When considering your next dog, consider a vulnerable or rare breed.

Image: Otterhound by Bob Smerecki is available for purchase as fine art, and in home decor and lifestyle items here