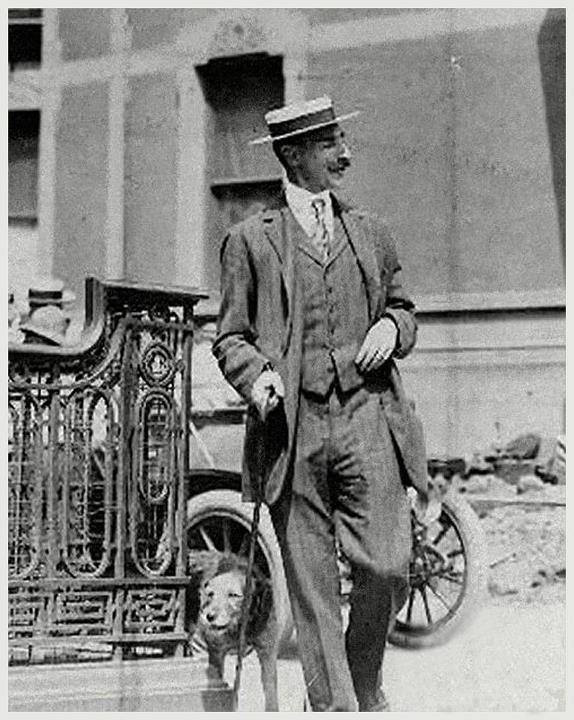 He’s the largest of all terrier breeds which we think just gives the Airedale more room for storing all that courage, devotion and brains.

The Airedale originated in the Valley of Aire in England and was named for the river that runs through it – the Aire. Likely a cross between the Old English Terrier, Otterhound and other various terriers, the end result is a dog so versatile that it’s been used to hunt vermin, serve as a guide dog, worked as a police dog and message/sentry war dog, and is an all around great companion for the right family. As terriers go, Airedales aren’t known to be barkers, but as the old E.F. Hutton commercial used to say, when an Airedale barks, you should listen because there’s usually a good reason. Well, that’s not exactly how the commercial went, but you get the idea.

Owners have included US President, Warren G. Harding,  and John Jacob Astor IV whose dog, “Kitty,” died in the sinking of the Titanic. Gary Cooper had one, as did author and naturalist, Jean Craighead George. Peter Jennings, Ferry Porsche (yes, that Porsche), James Thurber and countless others have all been Airedale owners.