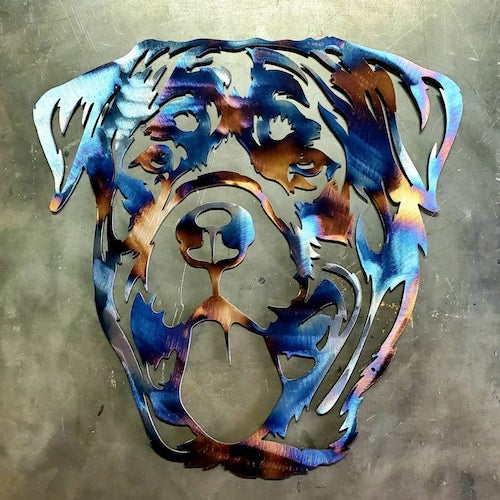 It was an unlikely source, but the first standard (such as it was) written for the Rottweiler was produced in 1901 by the International Club for Leonbergers and Rottweiler Dogs in Germany, a club that had been formed by Albert Kull two years prior.  Though its existence was short lived,  the club served its purpose of improving the breed’s situation which was dire: Breed numbers were declining significantly, and the breed was in danger of becoming extinct. The International club may have also spawned a club devoted entirely to the Rottweiler breed,  the German Rottweiler Club in Heidelberg formed in 1907.

Up until that point, the breed seemed to get little respect.

The first enduring German dog breed society, the Dcutsche Dogge Klub formed in 1888, focused on the Great Dane. The next decade saw sixteen more German dog breed clubs formed, each with its own breed book, and a national all-breed stud book, Das Dcutschc Hundcstammbuch, was also published. None included the Rottweiler. In 1894, a “definitive” study of breed was written by Ludwig Beckmann, but still no mention was made of the Rottweiler.

Indeed, we might never have known about the International Club for Leonbergers and Rottweiler Dogs had some paperwork not been found in the estate of a deceased dog expert in the 1960s. In his book, “For the Love of Rottweilers,” Robert Hutchinson mentions that one of the documents found was the aforementioned breed standard said to be penned by Kull in 1883, but not adopted by the Club until eighteen years later. Even so, the language of the breed standard could have applied to both the Rottie and the Leoberger, so non-quantitative was the description, save for coat.

A banner year for the Rottie came in 1905 when the breed got its ﬁrst published mention in the book, German Dogs and Their Descent, written by the leading dog expert in Germany of his time, Richard Strebel. He included a drawing of the dog and touched upon the origins of the breed.

Within five years, the Rottweiler was finally accorded the respect it was due.  In 1910, the Rottweiler received recognition by the German Police Dog Association as the fourth official police dog. Rotties were also among the first guide dogs for the blind.  In 1921, a number of the German Rottweiler Clubs joined to create the Allgemeiner Deutscher Rottweiler Klub (ADRK) which is now the only nationwide association for the breed in Germany.  As a final point, it’s remarkable that the Rottweiler has changed little in form and temperament since that first German breed standard was drawn up in 1901.