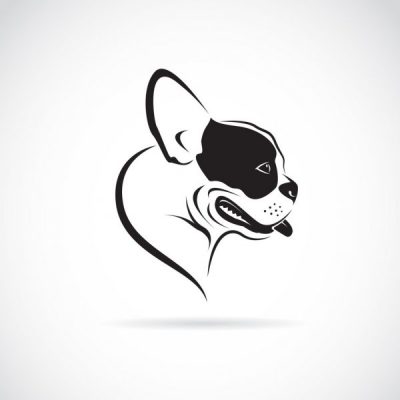 This is one of those posts that invites comments from breed historians because for now, our theory for the Boston Terrier’s early nickname – the Roundhead –  is more conjecture than fact.

Not in dispute is that the marvelous Boston Terrier was created from crosses between the Bull Terrier, the Bulldog and the now extinct White English Terrier. Early on, there was no established breed type, and some people preferred the bulldog-type of Boston Terrier, while others favored the more terrier-like dogs. Early examples of the breed were called “Round-headed bull and terriers,” and one might suppose that the shortened version, “roundhead,” referred to the dog’s decidedly more globe-shaped skull than what was seen in a bull terrier.

The fact is that at the time, all the dogs regardless of type were called “Round-headed Bull and Terriers,” and Bull Terrier fanciers objected mightily. This is when “Roundheads” came into use, but the moniker was deemed an inappropriate name for a breed seeking recognition by the AKC even if a show class for the dogs called “Round-headed Bull Terriers, any color,” was offered in 1888 and judged by John Barnard. At the suggestion of James Watson (a noted writer, dog authority, and member of the AKC’s studbook committee), the Round-headed Bull and Terrier Club changed its name to the Boston Terrier Club.

This, however, still doesn’t answer the question: Why was the breed called “roundheads” in the first place?

The City of Boston’s “pedigree” was formed back in England in the middle of religious differences when Puritans and Pilgrims wanted religious reform. “Roundheads” was the nickname given to Puritans because they cut their hair short and close around their heads unlike Cavaliers (Royalists) who wore their hair long and in ringlets.

Forgive us here as conveniently skip over decades and fast forward to around 1620 when the families of Puritans fled England in what was called the Great Migration. Of the 80,000 people who left England, some 20,000 settled in New England, and between 1630 and 1642, between 13,000 and 21,000 emigrants settled in the Massachusetts Bay Colony.

Is it possible that as a nod to the early heritage of Boston, the breed that was created in that city was nicknamed, “roundhead?”

As we stated at the onset, it’s a leap on our part and we’d love to hear from Boston Terrier historians.

In parting, Amy Fernandez wrote a comprehensive piece on the history of the Boston Terrier, and fans of the breed will want to read it here.