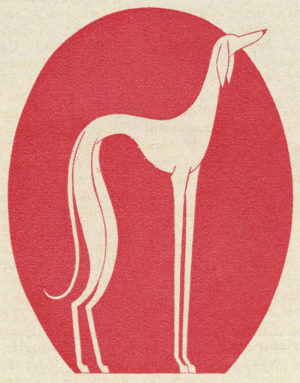 Close to the border of Turkey is the town of سلوك‎, or Saluq, and depending upon whom you ask, it is either predominately Arab or predominately Syrian Turks.

Saluq may have been the namesake of the Saluki for Arabs associate this town with the origin of the breed; this is a breed with many names, however, including the Persian Greyhound, the Gazelle Hound, the Arabian Hound, and the Arab Hound, and fittingly, there are at least as many theories regarding the origin of its name.

Some authorities believe the Saluki took its name from the ancient city mentioned above, but it may also have been named after the Syrian city of Saluqiyyah, Arabic for Seleukia, a city now in Iraq that was mentioned in pre-Islamic Arabic poetry. There are other places which could have lent their names to the breed: Saluq in Armenia, as well as three different towns called Saluqiyah located in Turkey, Antioch, and near Baghdad.

One suggested origin of the breed’s name is that it comes from the ancient Sumerian salu-ki  which means ‘plunge-earth.’ As there is no evidence that a breed existed that was referred to by the Sumerians with this name, or what “plunge [to or into] earth” might have to do with the Saluki makes it a weak hypothesis. “Saluki” may also be a transliteration of the Arabic word for hound.

British diplomat, Sir Terence Clark, says that the first thing that the Western world got wrong about the Saluki was its name. In his book, The Salukis in My Life, he writes, “When British travelers to the Middle East in the late 19th and early 20th centuries started to bring back these hounds, most of them didn’t know Arabic or speak it. So they wrote down what they thought they heard the Arabs saying, and the word saluki came in western usage and has stayed there ever since. To be correct, it should be saluqi.”

We may never know with certainty how the breed got its name, but “Sacred Sumerian Dog” suits us just fine because there is a mystique about Salukis. Lucky is the owner who gazes into those eyes and sees a faraway look that bespeaks the sands of time.

Image: From 1928 and the Mary Evans Picture Library, the UK’s leading source for historical images. This print is available for purchase here.