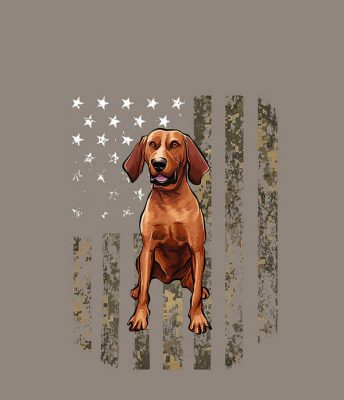 When a Treeing Walker Coonhound has a black marking over his back that extends from the neck to the tail, it’s called a “blanketback” or “saddleback pattern,” a coloring that is highly prized by some fanciers.

Walkers, however, are not the only Coonhound breed to have the term, “saddleback” in their breed. Ancestors of the Redbone Coonhound were also called Saddlebacks because they were red with a black patch on their back in the shape of a saddle (possibly a result of the addition of Bloodhound blood somewhere in its ancestry). Though this type of coloring was popular in the late 1800s, by 1902 many breeders (and hunters) preferred the solid red coloring. Through selective breeding, the saddle was bred out, and the solid red dogs became known as Redbone Coonhounds, probably because of Peter Redbone, an early breeder from Tennessee, and a promoter of the breed. Some felt that the hunting abilities of the dogs were impacted during the time the goal of an all red dog took preference, but the setback was short-lived.

The Redbone became the second Coonhound breed to be registered with United Kennel Club (the first was the Black & Tan), and it was officially accepted by the AKC in 2009. It is still primarily a working breed and is highly regarded as a hunter of many types of game animal both large and small, although raccoon hunting is the breed’s most common use.  It follows that the Redbone participates in Coonhound trials with great success.

Image: “Camo American Flag Redbone Coonhound” by Hue Le is available (in time for the fourth of July!) as fine art and in home decor and lifestyle items here.