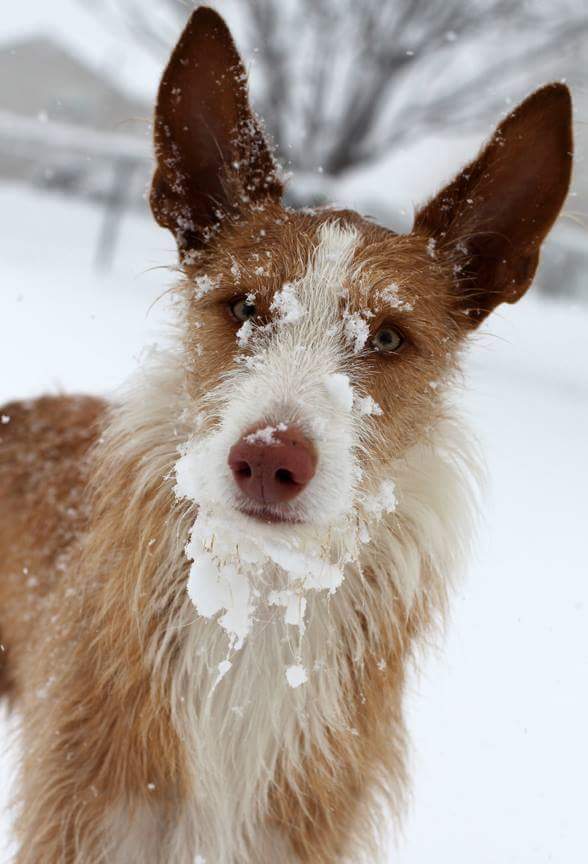 With no small amount of help from readers, we think we might have a handle on this topic.

The Ca de Bestiar, Ca de Bou, Ca Eivissenc, and Ca Eibisenc, these are all very different breeds, but what they have in common is obvious: It’s the word “ca” in their names.

We weren’t entirely satisfied by the definition given for “ca” in one dog book we consulted. It wrote, “Ca: Spanish dialect for dog. The Perro de Pastor Mallorquin is known as the Ca de Bestiar…” It went on to list the other breeds with “ca” in their name, but by then, we were already puzzled. We thought “perro” was Spanish for dog, and if “ca” is a dialect, which dialect? And by the way, did you know (and if you speak Spanish, you do) that “perro” means a male dog, and “perra” means a female dog?

But we digress. By now we were confused, and when in doubt, ask other dog people, so we did on Facebook.

We got several great replies to the question, “which dialect,” and the answers included Valencian, Catalunian, and Mallorquin. We, however, still, had to sort the answers in our own mind in a way that we could explain it to others.

Catalan is a Romance language spoken in the Balearic Islands, as well as in parts of France and Italy. It’s chiefly spoken by around 9,000,000 people in Spain, especially in Catalonia and Valencia. Occitan (also seen as Langue d’Oc) is an official language of Catalonia.

With us so far?

The official, historical and traditional name used to refer to the Catalan language, however, is Valencian.

Another version (or dialect) of Catalan is Mallorquin/Mallorquí (or Balear), a variant of Catalan.

Valencian, Catalunian, Mallorquin – they are all derivatives of Occitan, and there are now so many different dialects of Occitan and Catalan that any sort of comparison and citing of differences is better left to linguists. All we wanted to know was in which dialect is “ca” used for dog. As far as we can tell, the short answer is Mallorquin, a dialect of Catalan.

A good friend of NPPD, Guadalupe, further explained that in present day, “dog” in Valencian “goz.”

To be a student of dogs often means being a student of history and language, and we close with an explanation about language that we have found to be true when delving into the history of dog breeds. It comes from Tom Whitehead, a practicing psychotherapist and the author of several books in the genre of popular science. He writes, “Languages evolve, just as surely as animals do. Language never stands still. Nobody is in control, and nobody can tell it what to do. The only rule, it seems, is the same rule that governs living things. As a whole, it has to work – just like a species, it has to survive.

Our image is of a Ca Eivissenc, better known as an Ibizan Hound. The photo was taken by Kris Dalton of “Fuzz.”