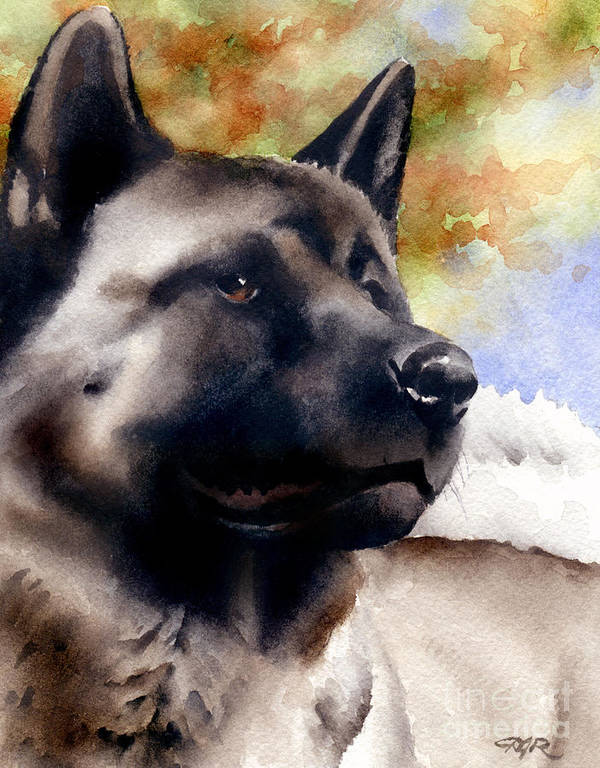 It is surely a credit to the Japanese government to have recognized the value and source of pride that their native dog breeds were to the Japanese people. According to the Japanese Dog Preservation Society, six indigenous dog breeds were declared living national monuments by the Japanese government: The Shiba Inu, Akita, Kai Ken, Kishu, Shikoku, and the Hokkaido. As an aside, other animals were accorded similar protections over the years: The Amami rabbit was declared a Special National Monument in 1963 which banned the hunting and trapping of it, and in 1997,  the Wagyu (a breed of cattle) was named a national treasure and it exportation was banned.

The government did more than that for the Akita, a breed whose likeness was found carved in the tombs of early Japanese people. But first, a little background on the “specialness” of the breed, and why it needed extra help.

The Akita was known as matagi-inu (esteemed hunting dog) by early hunters of the northern Prefecture of Akita who traditionally used a male and female pair of dogs to hunt deer, bear and wild boar. The ancient word, matagi, meant esteemed hunter, and only the best hunters in a village were honored with the word. These hunters esteemed the quiet hunting of the Akita, even as they held their prey at bay. According to legend, Akitas were even said to have been used to drive fish into waiting nets.

A devastating outbreak of rabies struck Japan in 1899, and up until 1929, about 3,000 cases were reported. Fearing that any canine, not just an Akita, might be carrying the then fatal disease, dogs were indiscriminately – and ruthlessly – killed. By the 1900s, the Akita was all but extinct, and in 1927, the Akita Inu Hozankai Society of Japan was established to protect the breed and preserve its the purity.

In 1931, the government of Japan not only designated the Akita breed as a national monument and national treasures, the government subsidized the care and feeding of an Akita champion if the owners was unable to do so. We don’t how many dogs were spared with this “parachute” of help, but it helped conserve a breed that was in a vulnerable state. After WWII, the breed’s popularity soared in the United States, in large part because of the admiration of American troops who admired the dogs while stationed in Japan and brought one home.

Can’t get enough Akita? There are over 30 posts about or including the breed on NPDD’s website, just do a search for “Akita” in the search bar at the top.