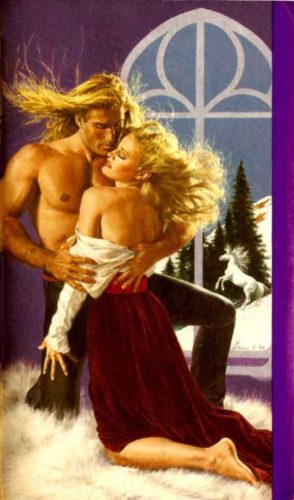 He swept her up in her arms after her narrow escape from certain death, his muscular arms enveloping her in the safety she had sought for so long. Neither knew when or where he seemed to have lost his shirt, or why their hair was windswept when they were clutching each other indoors. It mattered not. Soon, they would ride into the sunset on the horse that magically appeared beyond their window (just as soon as they found his shirt, she pulled hers up, and a saddle could be located).

Romance novels have been a staple of escape fiction for years, and if a romance novelist wanted their book to sell in the 1980s and 90s, the cover was hugely important. There was one name that all but guaranteed big sales when he appeared on the jacket: Fabio.

The middle son of a wealthy businessman and his former beauty queen wife, Fabio Lanzoni was a rule breaker who was eventually kicked out of school. He did some modeling, but dreamt of moving to the United States. His father was dead set against it. He would say, “He’s going to get it out of his system and come back with his tail between his legs.”

Fabio left Italy for good in 1980 at the age of 19,  and puttered around New York City until he walked into the Ford Modeling Agency and was put 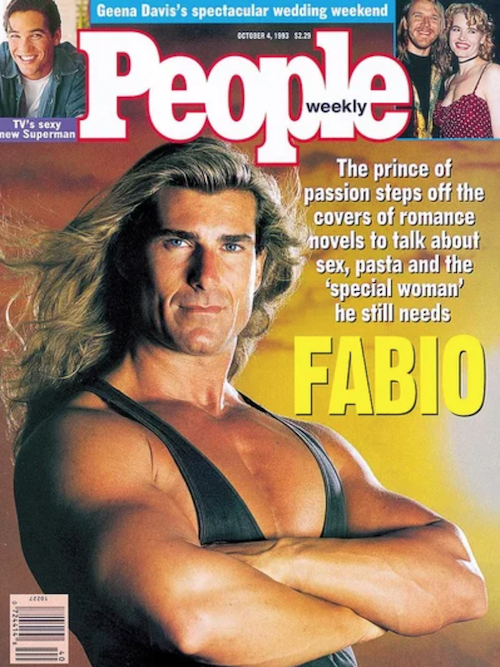 under contract. He modeled like everybody else, eventually got a Gap campaign, and when some writers saw him and said, “I want my hero to look like this guy,” he started doing a few book cover shoots. Soon he was doing 15 or 16 book covers a day.

It was at a party that the head of a book company confided to Fabio, however, that every time he was on a book cover, sales of the book skyrocketed. Fabio told his agent, and it didn’t take long for Fabio to put together a book deal under his own name (with a ghostwriter) and was raking in as much as $150,000 a book.  After appearing on 400 romance novel covers, the name, “Fabio,” had become shorthand for sexy and steamy. In 1993,  Cosmopolitan’s Magazine made him their “Sexiest Man of the Year.”

It’s hard to believe that Fabio is now sixty years old. Since being a cover icon for romance novels, his career has included acting, leading a fragrance campaign for Versace, a clothing line launched in 2003 and the launch of Healthy Planet Vitamins in 2008. He has a passion for nutrition and dogs; he started with Boxers, went on to fall in love with German Shepherd Dogs, and eventually moved on to Great Danes. Today, Fabio has five Rottweilers, all rescued from shelters.

Fabio is also passionate about the importance of spaying and neutering pets, and for our part, we hope he understands the difference between the efforts of preservation/heritage breeders, and the breeding being done by those who don’t health test, aren’t particularly invested in their breed, and don’t have any particular goals in mind when putting two dogs together for a breeding.