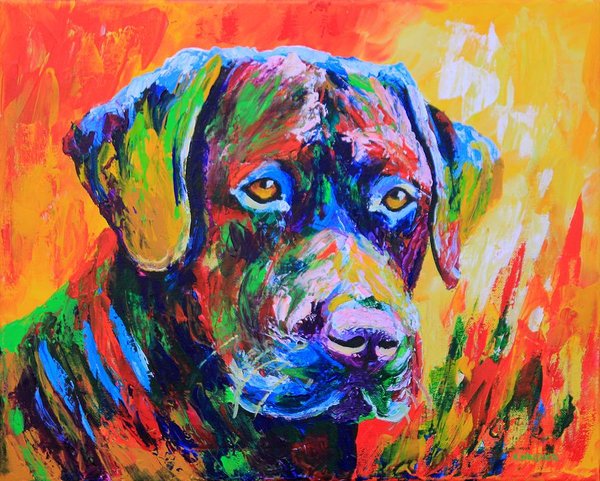 In the exacting world of conformation and its adherence to breed standards, “immaterial” isn’t a word one would expect to encounter in breed standards, and certainly not with regards to color, but one out of seven of the AKC groups has the word appear several times, and it’s the only group to do so.

This isn’t to say that other breeds don’t come in an array of colors. The Pointer breed standard for example, states, “A good Pointer cannot be a bad color.” Our post has to do with the word, “immaterial.”

As an aside, despite our colorful Labrador Retriever image, the AKC breed standard stipulates that the breed’s acceptable coat colors are black, yellow and chocolate.

Image: “A Coat Of Many Colors” by Karl Wagner is available as fine art, and in home decor and lifestyle items here