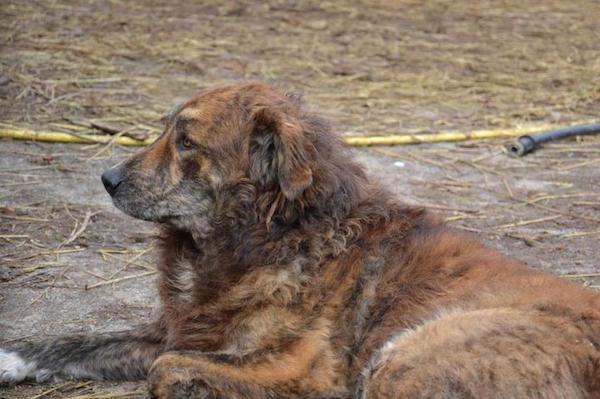 Along with the Sicilian Hound (what we know as the Cirneco), the Sicilian Shepherd is regarded by some cynologists to be the oldest dog breed in Italy (it is thought to have arrived on Sicily in the Bronze Age based on bones discovered by archaeologists). Today, however, the breed has all but vanished. Also known as the Pecoraio Siciliano, Cane di Mannara, or Mannara Dog, these dogs were raised to guard livestock from wolves in Sicily, but in 1925 (others say it was 1931), wolves were determined to be completely eradicated from Sicily, and with little need for the dogs, the breed’s numbers steadily declined.
In 2010, the Associazione Samannara (Samannara Association) was set up in an effort to save the breed, and it was needed! In 2012, it was thought that there were only 90 Sicilian Shepherds were left.  Part of the Association’s efforts included formal recognition of the breed and its characteristics in order to set up a studbook. The association has made some progress, and in January 2013, a provisional standard was established. The Veterinary Sciences department at the University of Messina is also collaborating in the project.

We get a glimpse of this breed “in the flesh,” in this You Tube video we found: