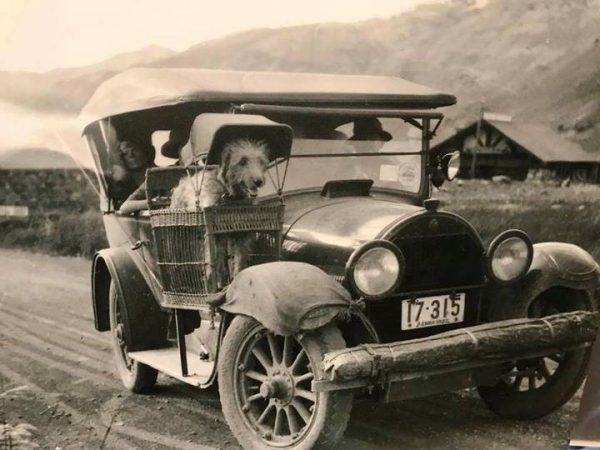 Today, a civilian would call this vehicle a tank.

The modern military calls it armored truck, or, to be really technical, a TSV, or Tactical Support Vehicle.

Back in 1944, however, when people seemed to have more whimsy when naming things, they called it the Wolfhound, a 6×6 US armored car produced by the Chevrolet division of General Motors. It was designed as a replacement for the go-anywhere-do-anything Greyhound series (see what we mean?) but the project was canceled in 1945 after only a handful of prototype vehicles were completed. The original Wolfhound had a crew of four (a driver, commander, gunner and loader), and a rotating open-topped turret to house a 37 mm gun with an ammunition load of 93 rounds. It was powered by an eight-cylinder, water-cooled Cadillac engine, and each side of the tank had three large rubber tires to a hull side on symmetrically placed axles.

The new Wolfhound is a six-wheeled variant of the acclaimed Mastiff Heavy Protected Patrol Vehicle which gives troops more protection in high-threat areas as it’s armed with a 7.62 GPMG self-defense weapon. It has a maximum speed of 90 kph and can move bulky stores for use in the construction of forward bases, as well as serve as a gun tractor and gun limber for the Royal Artillery’s 105mm light gun. The name, Royal Artillery, does mean this is part of Great Britain’s fleet of military vehicles. 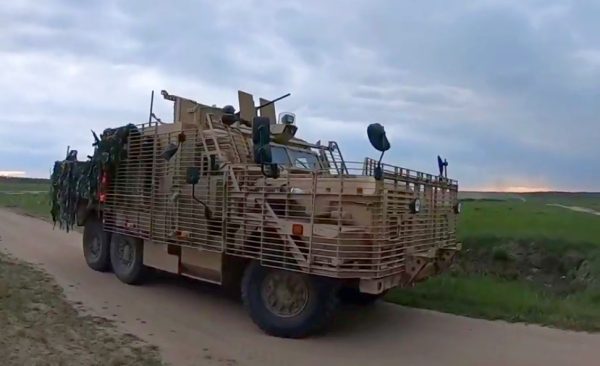 The  17.2 ton vehicle is manufactured by ABD solutions (in partnership with NP Aerospace) which can claim bragging rights for having created the world’s first autonomous Wolfhound Tactical Support Vehicle using its retrofittable autonomous driving system.

As of last month, the armored vehicles were sent to Ukraine from Britain as part of a defensive aid package. Wolfhounds were also used in Afghanistan, and in total, Her Majesty’s Armed Forces ordered 130 such vehicles for use as cannon tractors and logistics machines. In essence, the vehicles are designed to protect the crew from roadside bombs.

In our effort to learn by the Brits name vehicles and ships after dog breeds, we instead came across this article that explains why tanks are called “tanks.”

We even learned that tanks are assigned genders (to find out why, check out this video) – but as the reason why British vessels and vehicles are often named after dog breeds eludes us. We’re still researching!

The photo at the top, it clearly is from a different time. We found it uncredited but described as a Wolfhound riding in a basket on the running boards of a car, circa 1930s. If anyone has more information on the photo, we’d like to give attribution.