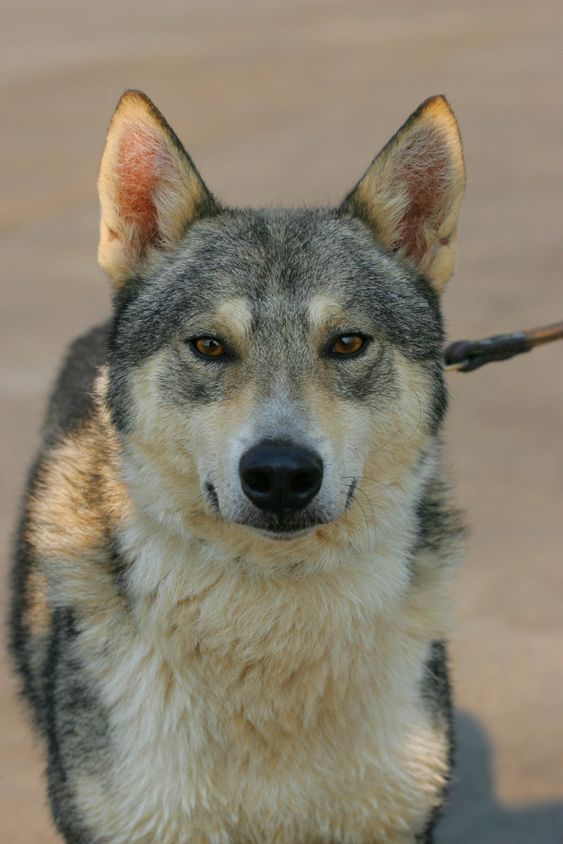 We tend not to cover mixed breeds by virtue of our mandate to celebrate the valued contributions of purebred dogs, but when we read about Russia’s DS Likhachev Scientific Research Institute for Cultural Heritage and Environmental Protection effort to “create a better mousetrap,” we read something interesting about a breed that was half of the genetic blend used in that effort, the Siberian Husky.

Crossing Siberian Huskies (sometimes referred to as the Russian Husky) with wild jackals to create a highly efficient sniffer dog was the idea of Soviet biologist Klim Sulimov when he was working at the Interior Ministry in 1965.  The breeding program was started in 1975, and in 2002, the institute successfully produced hybrids that were a quarter jackal and three-quarters Husky. The resulting hybrid is sometimes called the Sulimov dog, though Sulmov said in an interview,  “It is not a breed. We have reproduced the initial ‘pre-breed norm’ of a dog, the way it used to be 100,000 years ago. In other words before humans began to ‘specialize’ it, breeding it for hunting, guarding, etc. Any specialization limits possibilities.”

Why did Sulimov – and therefore, the institute –  use these two particular animals?

Scientists in the program felt that many dog species are losing their naturally sharp sense of smell through domestication. It is not for us to argue the point, though we are mindful of the many English Springer Spaniels, Bloodhounds, and Labrador Retrievers being used in sniffer programs with great success. That said, researchers felt that the sensitive nose of wild, scavenging jackals is superior to any dog breed, and indeed, even sharper than that of wolves.  Jackals for the program were found at the Baku Zoo in Azerbaijan.

It was necessary, however, to add a more benign temperament to this hybrid, and the Siberian Husky was added not just because of its temperament, but because Huskies are adapted to the severe conditions of Arctic cold where substances become non-volatile under low temperatures and exist only in a highly diluted form. The Husky’s keener sense of smell to operate in this frigid environment made it a natural choice.

The highly scent sensitive jackal/dogs are now being used at Russian airports. As of 2003, twenty-five of the dogs were employed at Russia’s largest airline Aeroflot base in Sheremetyevo Airport, and ten more were working at the forensic criminology examination department nearby.  The approach being used to detect bombs is groundbreaking because it’s based on analyzing the bioelectric activity of the jackal/dog’s brain and central nervous system. In other words, using the dog’s body reaction generated by the dog’s central nervous system.”

This new technique was developed and patented together with Aeroflot in 2015 and replaced a reliance on the traditional dog method of “signal behavior” which was only 60 percent accurate. The new method increased detection accuracy to nearly 100 percent, a result repeated when scientists conducted about 1,000 experimental tests and only eight of them recorded a mistake.

Explosives detection isn’t the only thing that a Sulimov dog can do with the use of the new technology. It has the potential to diagnose cancer by smell, and can easily find ivory in a heap of jewelry or garbage, something that could help stop the slaughter of thousands of elephants every year.

You might find this video interesting. Scroll past 18 seconds to get to the “good part:”

Our understanding is that the hybrids are never used outside of Russia unless under special circumstances. According to wildlife veterinary expert, Professor John Cooper, the Wild Animals Act in the UK, for example, would cause all kinds of legal implications about whether it’s a domestic or a wild animal.