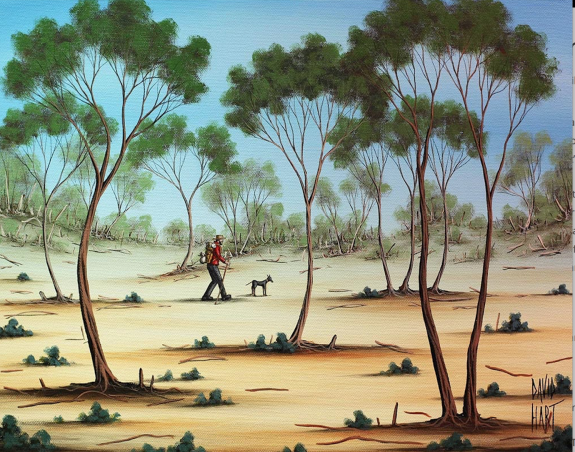 Swagman was the term given transient laborers who travelled on foot from farm to farm carrying his earthly possessions in a  swag, or bundle hanging from a stick. The term originated in Australia in the 19th century (and later used in New Zealand) because such workers were very common in that country during times of economic uncertainty and depression. These hired hands often traveled with their only companion, a dog, and the theme of a Swagman and His Dog has appeared in all manner of artwork.

The painting at the top comes from the Outback Series by David Hart. It whimsically portrays the dusty journey between outback mining towns taken by this itinerant and his trusty dog, possibly a Kelpie.

The sculpture below,  “Swagman & Dog” was created by the very clever sculptor, Andrew Whitehead, a figurative scrap metal sculptor specializing in up-cycled large public artworks. This one includes an Australian Cattle Dog with his owner and is found on the road to Toowoomba in Queensland to the Jolly Swagman Caravan Park, Boree Creek, NSW. 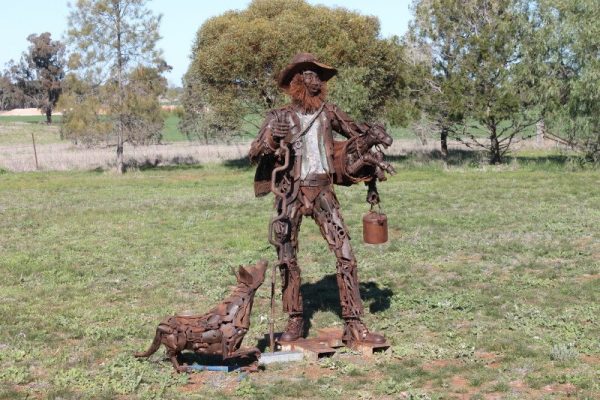 The theme can be found in everything from toothpick holders and plates to bookcover and tea towels: 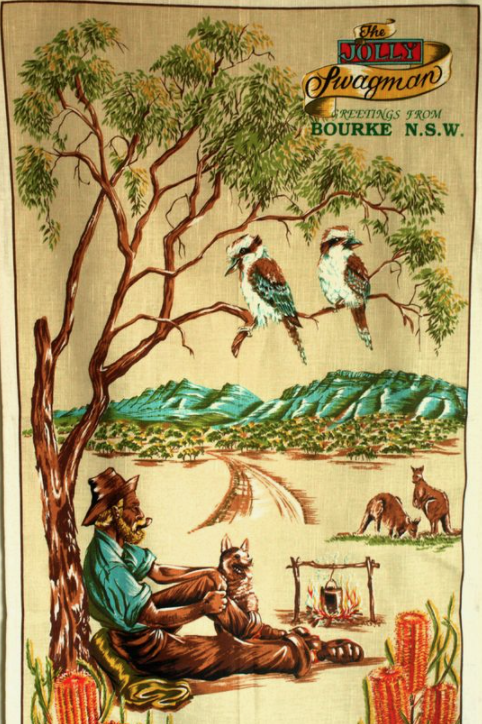 The dogs rendered aren’t always purebreds, but most often they are one of Australia’s workhorse breeds like the Cattle Dog, Stumpy Tail or Kelpie.