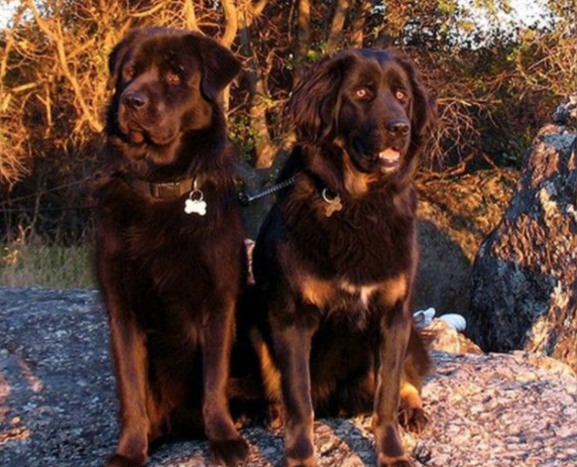 In Tibet, there are essentially two types of dogs: Companion dogs, and dogs that work. The former, which include the Goh-khi, Lhasa Apso, Jemtse Apso, Ursu Apso, and Gyakhi, were typically kept by monks and high born individuals, while the later served both aristocrats and religious communities by guarding caravans, palaces, domiciles, and livestock, and as hunting dogs.

What both types of dogs have in common beyond their country of origin is that they “purpose bark.” Lhasa Apsos, for example, are natural sentinels and instinctively bark at any intruder. Historically, Lhasas sat on monastery and palace walls, and from their high perch they could sound the alarm when necessary. Lhasas didn’t (and don’t) bark indiscriminately, and their barking warned both monks, and larger, much more intimidating dogs whose own barks were nothing short of terrifying.

One of those large dogs was the Tibetan Shakhi Dog (also known as the Congkhi), a breed that’s quite rare today. These dogs live their entire life outside in all manner of weather, and they bark for long hours at night to keep other animals at bay. Presumably, this is expected and tolerated as it keeps the livestock safe.

Within the breed are two types separated by size and color, but both are typical light molosser-type dogs. They are high-drive dogs able to achieve great speeds when chasing predators or hunting wild boars, though only a small number of them are used for hunting in Tibet anymore. Mostly, they’re used to move stock, and guard them. They are, in our opinion, handsome dogs.