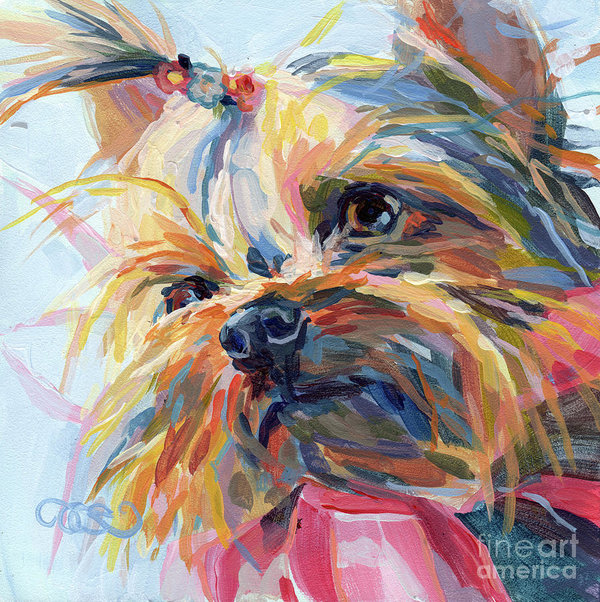 There are some things you only know by living with a breed, and Yorkshire Terrier owners can attest to how active – and surprisingly fierce – their little dogs are. Though they are “pint-sized” canines, they have gallon-sized personas, something that shouldn’t be surprising given their history. The Yorkshire was a byproduct of the Industrial Revolution in England, a time when a dog’s reality was found in the sentence, “earn your keep or else.”  Yorkies were originally bred for hunting rats in mines by blue collar miners, and while those dogs were a slightly larger than they are now, it wasn’t by much. Norway rats, on the other hand, can weight in between 12-16 ounces, and they were especially widespread during the Industrial Revolution. Yorkies, then, were expected to take on vermin that often outweighed them, and the breed’s bravery and tenacity was up to the challenge.

Hunters also had a place for the breed. They would carry a Yorkie in their pockets as they headed out to hunt for fox, badgers and other small to medium sized wild animals. The dog would be place on the ground to flush out critters who often become very aggressive to defend themselves and their young. Yorkies went after their prey without hesitation, and with much success.

World War One came along, and we can’t fail to mention “Smoky,” a Yorkie thought to be the very first therapy dog who also happened to be a tough little war dog. Read about Smoky here.

A century later, and this “Tomboy Toy”  hasn’t lost a step. The breed is performing in obedience and agility, is seen participating in weight pulling competitions (one little Yorkshire Terrier pulled a 50 pound cart at her first Weight Pull attempt), and rally. There are also Yorkies with Tracking Dog titles, and one even earned a Tracking Dog Excellent Title. The breed also takes part in all levels of barn hunt.  To our knowledge, “Dash” was the first Yorkshire Terrier to become a Rat Champion, or “RATCH” by reeling off ten straight Master Qs. Watch him in action: