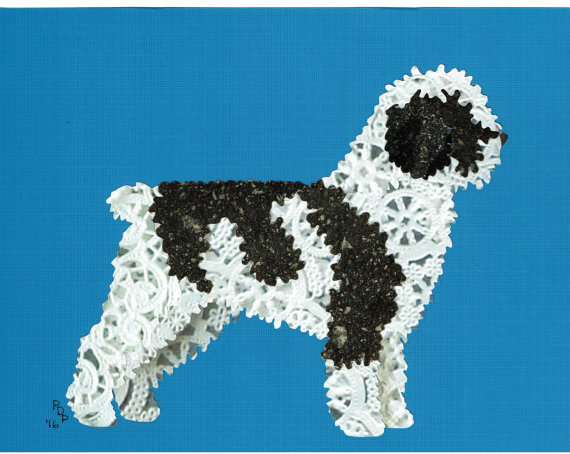 “Transhumance” sounds like something out of science fiction (like transferring a person from its human shape into another form, say, a blob, or a toaster). Transhumance, in fact, does involve movement, but it’s far less sinister than shape-shifting, and is actually quite old. Transhumance is simply the seasonal migration of flocks to and from feeding ground, often over hundreds of miles. Many dog breeds have been used to herd these animals over such distances, and one of them is the Spanish Water Dog.

The Spanish Water Dog isn’t a water dog at all, and is actually a member of the herding group, even though in northern coastal regions of Spain, it was known to retrieve fishing tackle and nets. From ancient times, SWDs were developed to herd and protect livestock independently, sometimes working in conjunction with Spanish Mastiffs on the annual migration we mentioned at the top of the article. The breed has such a natural ability to “read” the herd and react, that in its native Spain, legend and lore surround the breed.

To their credit, the Spanish breed club continues to develop an annual working competition for their dogs, drawing from all the diverse skills the breed historically performed, including a herding test using goats.

Image: Spanish Water Dog created from 10 to 20 individually hand cut pieces of paper, layered and mounted on color stock so that no two are the same, by Patricia Peters of CanineCutUps

One thought on “The Transhumance Dog”