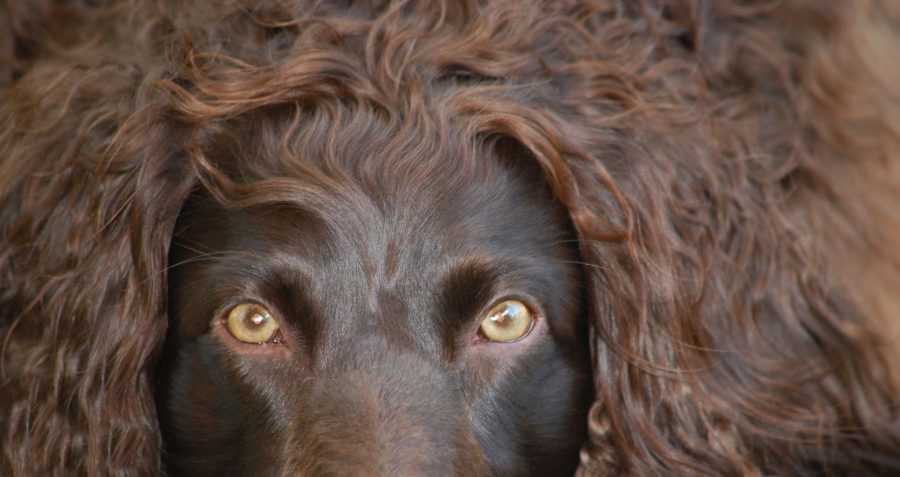 Turkey hunting has been described as a disease that afflicts its sufferers every fall and spring, but hunting a bird that has wicked good eyesight and hearing without a dog is challenging. Any noise or movement by a hunter, and the turkey is gone. A wild turkey would rather run than fly, however, and f they can’t outrun a dog, they’ll fly (but only if the dog is about to grab their tail). We’re not hunters, and we always defer to breed experts, but our reading tells us that a good turkey dog finds the bird by hearing, sight and scent, then pressures the bird hard enough to make it quit running and try flying. Since a flock of turkeys won’t respond to calling, a hunter must first scatter the flock so he can call in the singles.

The Boykin Spaniel was originally bred to be a turkey dog, and it’s really good at it. Finding and flushing are its two main jobs during turkey season, and because the Boykin is a fast dog with a great nose that ranges far enough, but not too far, it’s more than up to the task.  It casts ahead, checks back to the hunter’s positions, and find flocks. The only reason the Boykin isn’t the most popular turkey dog is because most turkey hunters don’t know about the breed.

Lowcountry hunters, however, soon discovered that these little dogs could do more than flush turkeys, and that’s where the breed’s retrieving ability came in. Their small size made them perfect to sit in a canoe or johnboat for upland waterfowl hunting (a bit more manageable than when a 70-pound Lab jumps off a boat and comes back with a duck).

Little wonder that South Carolina made the Boykin Spaniel its official state dog. If you have a Boykin in your life, we’d love to see your pictures in the comments section below.

One thought on “The Turkey Dog”