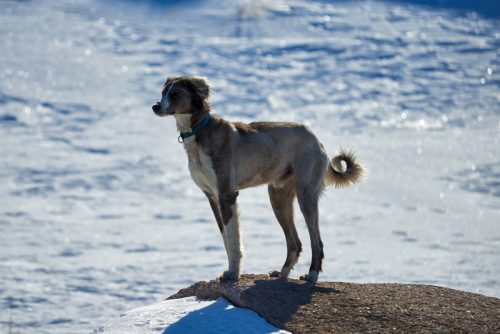 We will save for another time a discussion about the Tazy, a purely Kazakh sighthound bred in the part of the former Soviet Union that is now Kazakhstan. Considered one of the oldest dog breeds in the world,  lanky dogs identical to the Tazy appear in 3,000-year old petroglyphs in Kazakhstan. We use this beautiful dog’s image to point out its tail because it’s referred to as a “twisted tail.”  The more correct term might be “curled,” “spiral,” or “double curled,” and a number of sighthounds have such a tail.

One thought on “The “Twisted Tail””