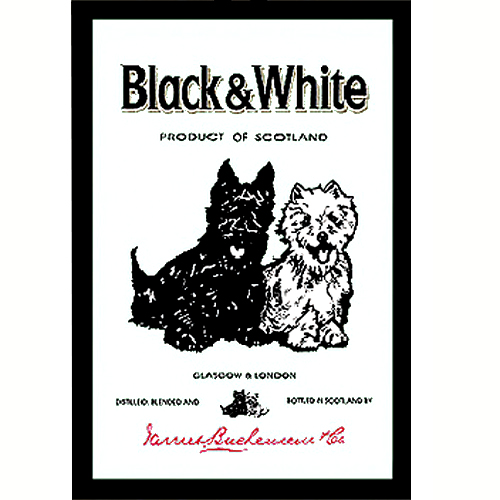 One of the world’s most recognized whisky brands, Buchanan’s Blended Scotch Whiskey, sta 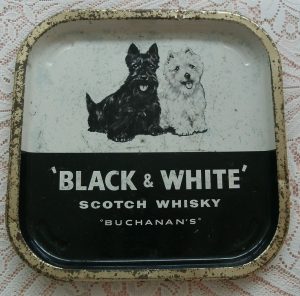 rted in the 1890s when James
Buchanan conceived of a blended Scotch whiskey he originally called “House of Commons” (after the British House of Commons). Its black and white label made Buchanan change the name to “Black & White,” and it was he who thought of using a black dog and a white dog to market the whiskey. In time, a black Scottish Terrier and a West Highland White Terrier were recruited to represent the label to great success. These labels are highly collectable now, and if you see an old one at a good price, snap it up!

5 thoughts on “The Whiskey Dogs”