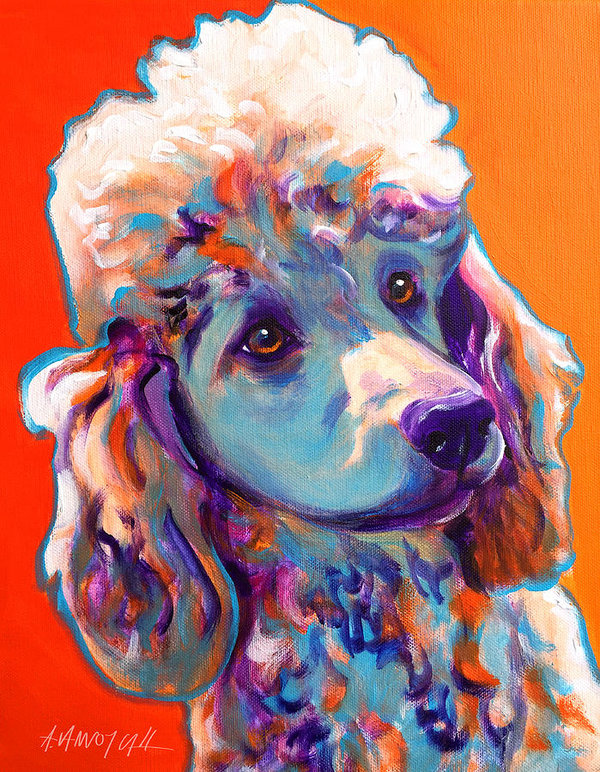 In 2018, there were 118,316 entries in AKC obedience trials, but back in 1936 when the N. Westchester Kennel Club held the very first AKC licensed Obedience test at Mt Kisko, New York, there was one class – Novice – and all of twelve entries. It’s probably not surprising that because the first obedience “test” was devised by Helen Whitehouse Walker in 1933 to show off the intelligence of her Poodles, the top three placements at that first AKC licensed Obedience test went to Poodles (the fourth place going to a Miniature Schnauzer), and that other dogs that qualified that day were three more Poodles, and a German Shepherd Dog.

After 6 months, obedience rules were amended on November 10, 1936 and eighteen tests were put on that year. Thirty-three titles were awarded, and thirteen of them went to Standard Poodles. German Shepherd Dogs accounted for seven titles, Wire Fox Terriers received two, Doberman Pinschers earned six, and a Great Dane, Newfoundland, Irish Terrier, Miniature Schnauzer and Keeshond each earned one.

As an aside, a good deal of credit goes to Helen Whitehouse Walker. Her Poodle, “Poli,” finished his championship at Westminster in 1932 with a 5- point major making him the first dual English and American Champion Poodle. Not content to rest on his Pompons, Poli topped off his show career by becoming the first Poodle to win a Group at Westminster in 1933.

We continue to be amused by people who have missed the proverbial memo about Poodles. They are retrievers who can still do their job. They are stupid smart (an expression brought to you by the same generation that coined “sorry not sorry.” Whatever you’ve been told about Poodles that isn’t complimentary, it’s wrong. Trust us. 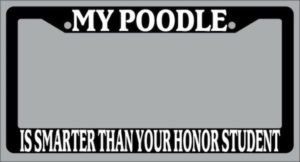 As far as we can tell, Poodles are smarter than some honor students. Just saying.

The license plate frame can be purchased here.