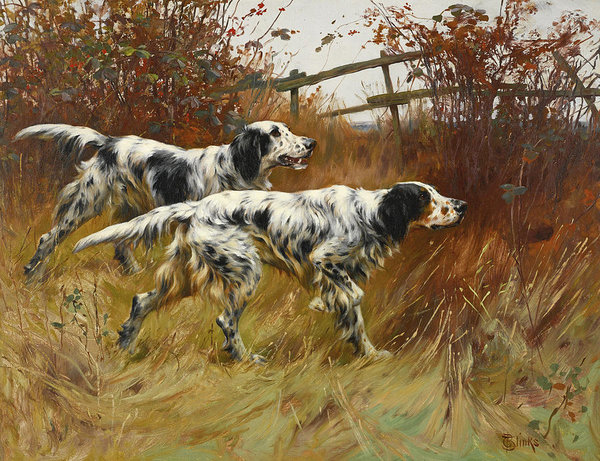 The American Kennel Club, or AKC, has long been known as the “Club of Clubs.”  It got its start the same year that the cornerstone for the Statue of Liberty was laid in New York Harbor, Alaska became a United States territory, and Mark Twain wrote The Adventures of Huckleberry Finn.

In 1884, a “call to action” to twelve sportsmen, each a representative of a dog club that had held a benched dog show or run field trials,  came from J. M. Taylor and Elliot Smith, and together, they met in the rooms of the Philadelphia Kennel Club. A year later, the new club registered its first dog, an English Setter named “Adonis” born in in 1875.  The black, white and tan setter was sired by “Leicester” out of a bitch named “Dart,” and owned by his breeder, George E. Delano of New Bedford, MA.

It was an important milestone for the AKC, but not the only “first” for the English Setter breed.

The first dog in the history of the AKC to win 100 Bests in Show was an English Setter named Ch. Rock Falls Colonel. His story began with Colonel and Mrs. W. T. Holt who had acquired his sire, Grayland‘s Racket’s Boy which led to one of the greatest canine superstars of all time. “Colonel,” as he was known, was owner-handled to all his victories by his owner (the colonel), and what made the dog’s accomplishment all the more remarkable was that it came at a time when cluster shows didn’t exist, and the concept of a dog traveling by plane was unheard of. Add to this that Colonel was winning Bests in Show at the same time that the astounding Boxer, Ch. Bang Away of Sirrah Crest, was a force on the American dog show scene.

Colonel, to our knowledge, was the first dog and only English Setter to win the Quaker Oats Sporting Dog Award for three consecutive years – 1952 to 1954 – and yet by all accounts, he had a slow start to a show career that never hinted at what was to come.  Though keen eyes might have picked up on Colonel’s promise earlier, it was his Best in Show win at the 1951 Morris and Essex show that got everyone’s attention; a year later, he had already amassed 35 Bests in Show wins, more than any dog of any breed had ever won in so short a time.  In 1952, he won the Sporting Group at Westminster, and by 1954, he had won 89 Bests. 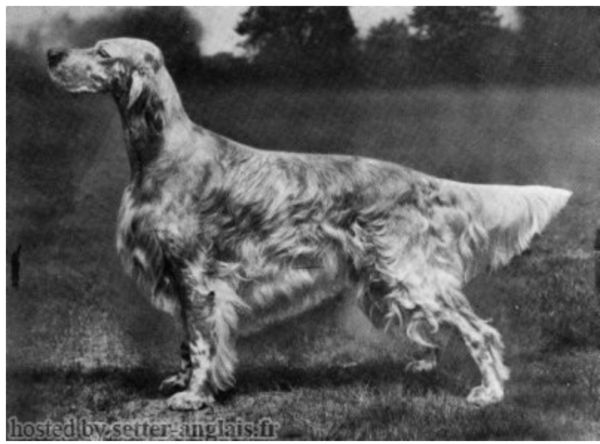 No one had ever thought that one dog could win 100 Bests in Show, but perhaps Colonel Holt knew the dog was up to it because he kept at it. In 1955, Colonel won the eleven Bests in Show that he needed to achieve the record, and with that, he was retired.

In 1961, the English Setter Association of American began to offer an annual award named after Colonel for the dog winning the most BIS awards each year. To our knowledge, Colonel’s show record stands unchallenged in the breed.

Bear this rich history in mind as you learn that ninety-nine percent of the world’s English Setter population is found outside of England, and that the English Setter is now in “at watch” status, a breed considered at risk of extinction in the country of its origin by the UK’s Kennel Club. In 2019, only 267 English Setters were registered. To read one person’s view of the breed’s decline, read this article by Craig Koshyk and in particular, the section, “The Vulnerable Native English Setter.”