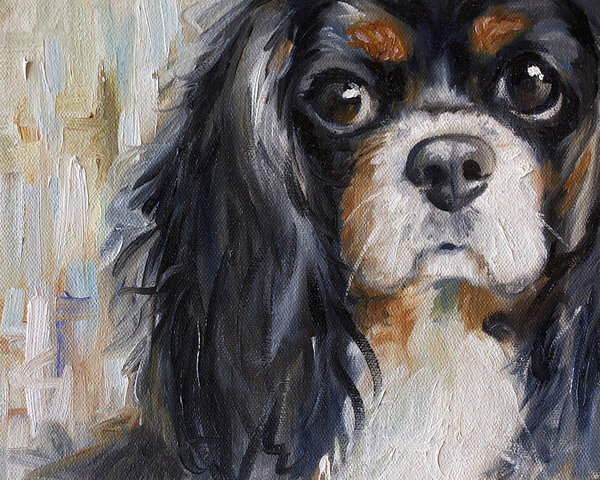 “They” say that America and England are two countries separated by a common language, and it’s true that with regards to our breeds, we sometimes have different names for the same breed. One such breed is the English Toy Spaniel which in England is called the King Charles Spaniel. Neither should be confused with the Cavalier King Charles Spaniel, an entirely different breed.

English Toy Spaniels, also called “Charlies” by their fans, come in four color varieties, and here in the United States, each variety has a different name. The King Charles variety (again, not the Cavalier King Charles Spaniel) is so called because this black-and-tan coloring was said to have been King Charles’ favorite.  The black, white, and tan variety is called the Prince Charles (and in England, this coloring is called the Tricolour), while the red and white, the Blenheim, was named after the place where Winston Churchill was born, Blenheim Palace (also the residence of the Dukes of Marlborough). For obvious reasons, the red variety is called the Ruby.

The English Toy Spaniel was the third toy breed recognized by the AKC in 1886, and only the Pug and Yorkshire Terrier were accepted earlier, but only by a year in 1885.

For anyone who struggles to tell the difference between an English Toy Spaniel and a Cavalier King Charles Spaniel, reading this might help.