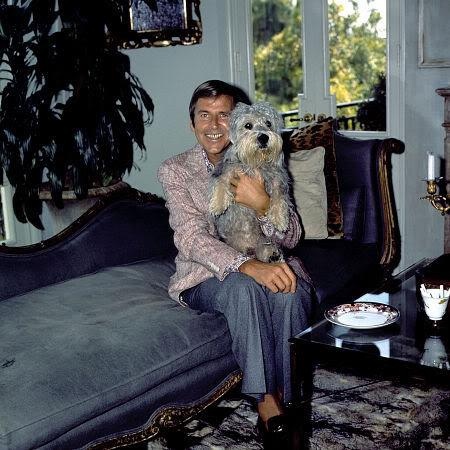 Depending upon your age, you might remember the actor, Paul Lynde, from different things (or you may never have heard of him at all). Scroll down for some hints.

Some of us recall Paul Lynde from the musical broadway show and subsequent movie, Bye Bye Birdie (he’s singing “Kids!” in the clip below:

Some know him as “Uncle Arthur” from the TV show, Bewitched:

After seeing the clip below, younger readers might say, “Oh that’s Paul Lynde” (though his answers were typically more risqué than the one below):

It was a different time when a Hollywood Square audience would roar over bawdy jokes that we would find tame (if not lame) today,  but it made Paul Lynde a rich man. He purchased Errol Flynn’s mansion in Los Angeles, where he lived with “Harry MacAfee,” a dog described only as a terrier. Harry MacAfee (named after Lynde’s role in Bye Bye Birdie) was, in fact, a pepper Dandie Dinmont Terrier bred by Mrs. William M. Kirby.  According to Lynde’s friend, Cathy Rudolph, taking his dogs to dog shows was among the many things that Lynde most loved, and there is at least one photo of him holding a trophy for Harry (Ch Overhill Harry MacAfee) who finished his championship in three shows. When Lynde’s beloved dog died in 1977, he couldn’t stay in the house without him, and bought a new home later in the year. 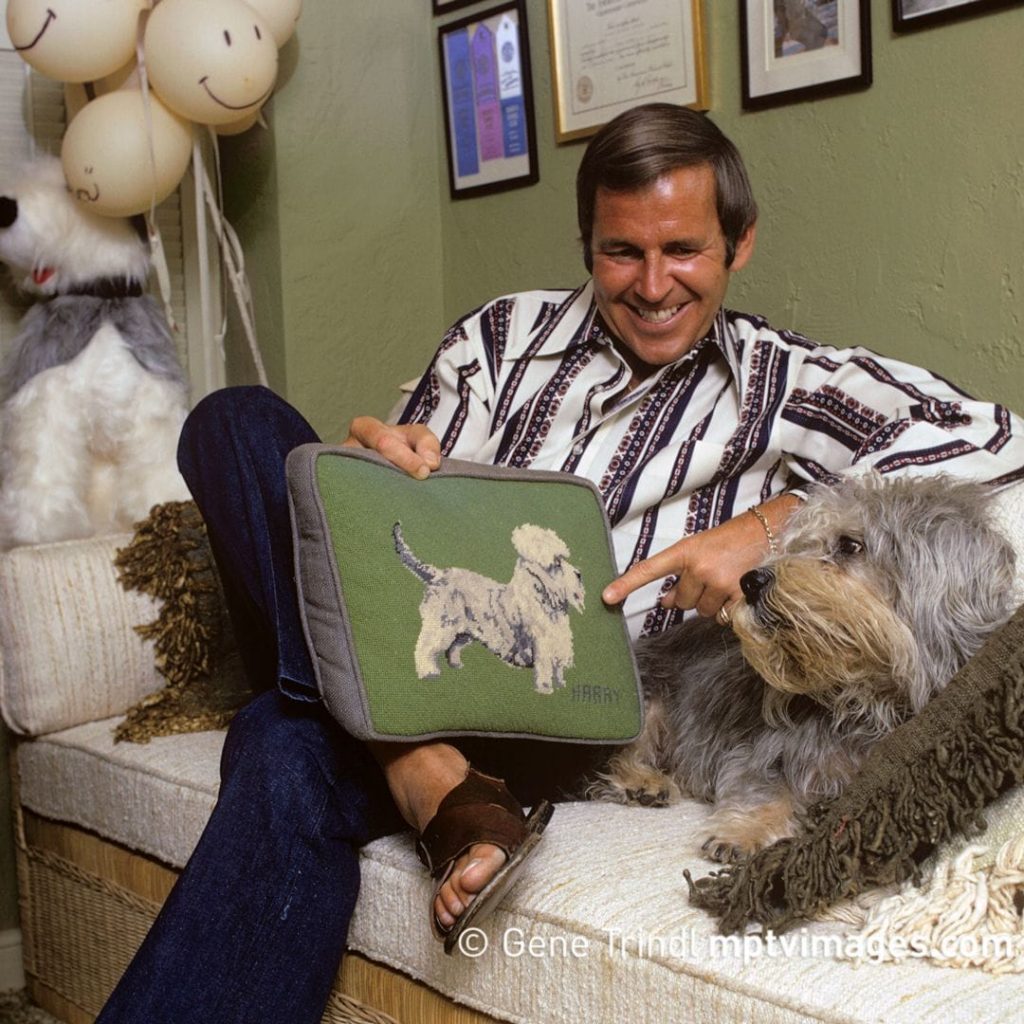 One hopes that Harry provided Lynde with some comfort during what sounds like a conflicted life.

The actor-comedian Billy Eichner said of Paul Lynde, “He was probably the first gay person — whether he was using the word or not — in a lot of people’s homes across America…and was ahead of his time in terms of being as overtly gay as one could be, unlike so many stars of that time.” “That time,” was far different than it is today, and while writers found the humor in him, Lynde walked a fine line between gay and straight before society became more accepting. He had created a camp character, but it seemed to make him more of a TV personality and never leading man. He never managed his own hit series, but he made memorable appearances on dozens of the biggest sitcoms of the 1960s and 1970s, Not being taken more seriously as an actor, however, was deeply painful to Lynde, and it probably contributed to his alcoholism, numerous run-ins with the law, and frequent arrests for public intoxication.

Our thanks to Sheridan for alerting us to the Paul Lynde/Dandie Dinmont Terrier connection!

One thought on ““Uncle Arthur” Owned a Dandie Dinmont”