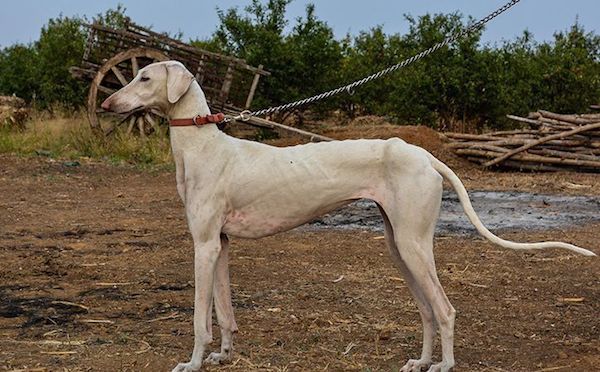 When a breed doesn’t work out in one capacity, it’s not necessarily a failing of that breed, but more often than not, unrealistic expectations of the breed.

A few years back, we mentioned on these pages that Indian para-military forces were considering Mudhol Hounds for their canine squads. We applaud India for looking to their native breeds to fill different capacities, but we weren’t entirely surprised to recently read that the Mudhol hounds were found unsuitable for policing duty.

In 2018, the ITBP and SSB took eight Mudhol Hound puppies and gave them basic obedience and training in the detection of explosives and narcotics. The dogs were deployed in the anti-Naxal grid in Chhattisgarh and on the Indo-Nepal border, but findings from the trials conducted by the Indo-Tibetan Border Police (ITBP), India’s primary border patrol organization, and the Sashastra Seema Bal (SSB), the border guarding force of India deployed along its border with Nepal and Bhutan, concluded that these dogs, while intelligent, loyal, and agile, had the wrong temperament for the work.

Mudhols are sighthounds, and what was described as “nervousness” in the article we read is, in our view, just a sighthound being a sighthound: Easily distracted by the presence of any moving object, and preferring to chase it rather than concentrating on following the scent, a key requirement for any police dog. In a report that came out in January 2021, it was reported that the Mudhol hound tended to forget past training, was inclined to run away if kept off-leash during training/practice, and because of its long and narrow head, could easily slip out of his collar and escape from the handler’s control.

Choosing this breed for police work likely seemed like a good idea at the time because the Mudhol hound is adapted to India’s hot climate, has the stamina to run long distances, is easy to groom, loyal, and low maintenance. That said, it’s still a sighthound, and what some saw as negatives are actually attributes in a different setting.

Field trials with three other Indian dog breeds are still underway. While the Central Reserve Police Force (India’s largest Central Armed Police Force) is doing the trials for Combai and BSF for Rampur Hound, different versions of the Himachali Hound or mountain dog breed – Gaddi, Bakarwal Hound and Tibetan Mastiff – are being assessed by Indo-Tibetan Border Police, the Sashastra Seema Bal, and the Border Security Force.

Every summer, we seem to put out this warning, but in our memory, this is the first time the situation has come up in the arid regions of the Rocky Mountains. We did a search for a map of Blue-green algae, and got a hit for more American states than not. But take note: It has appeared in Europe as well, including the Baltic Sea and North Seas.Blue-green algae, which are not really algae but a type of bacteria, are especially common in lakes. The algae multiply rapidly—and are impacted by a combination of unusually sustained hot weather, stagnant water and stormwater runoff that includes nutrient pollution from fertilizers—to form blooms and scums. Dogs are especially vulnerable to blue-green algae poisoning because of their likelihood to play in water, and ingesting water contaminated with toxic blue-green algae leads to liver failure. Check with your state is you know you're going to be outdoors where your dog might be exposed.
...

The lake, beach and dog park are all closed to the public until further notice while Windsor and CDPHE monitor bacteria levels.

Back in 2019, Dr. Ian Dunbar wrote a piece in which he said: "Phenotypical traits are manifested, or not, according to the expression of a unique combination of genes. Thanks to sexual reproduction, each dog has unique genes that are similar to but different from all of its ancestors, none of which have identical genes. As such, prospective studs need to be vigorously genotypically evaluated and from a practical viewpoint, the best way to do that is to to delay mating as long as possible, until seven years, or even ten and see whether it is still in good health, or whether it developed cancer, cardiac conditions, epilepsy, or bloat etc., or died prematurely."More recently, the idea was raised again on the FB page, Preservationists of Purebred and Purposefully Bred Dogs. It generated a lot of comments, and we wonder what YOU think. Does Ian Dunbar have a point when he says that males shouldn’t be bred until they’re at least 7 to 10 years old?Our image comes from CC Search, a tool that allows openly licensed and public domain works to be discovered and used by everyone. The description for this photo is: ""Best Stud Dog - Best Brood Bitch - SHCC National Specialty 2011 - Version 3" by eric.schweichler is licensed under CC BY-NC-SA 2.0
...

Folks, we've been told that some of our posts are reaching you as "spam," and that some people can't find NPDD on Facebook at all. This explains a slow down of growth following years of consistent growth. Would you mind sharing with us how you're receiving our posts, IF you're receiving our posts, and if you've also known of readers who can't find us at all? And if anyone has a FB insider, or an expert who can help us determine how to fix it, we're all ears.
...