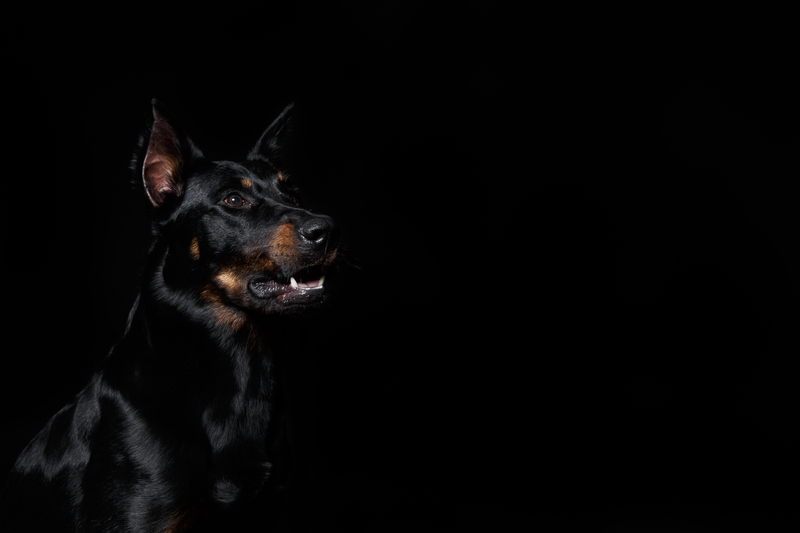 When a dog has longer bones with more muscle strength in both her front and rear assembly relative to her body weight (and as compared to a normally structure dog), she has the power to have a spring in her gait (figuratively speaking). This greater reach and drive fore and aft is evident in an extended trot.

In the Beauceron, this is known as the “Beauceron trot,” an extension of the normal trot in which the Beauceron’s back lowers, his legs extend, and his feet barely skim the ground. Extended trotting makes complete sense for a herding dog acting as a “living fence” around a flock or herd, and called upon to move up to 50 miles in a day. A long reaching stride with “great amplitude” covers a lot of ground with efficiency. In a show ring setting, if, as the breed club writes, “two Beaucerons are tied structurally, the first place dog will be the animal who is judged to hold and have the best ‘Beauceron trot.’”

We came across another term for this: The “shepherdess allure,” or “shepherdess gait.” It is described as a gait made of flexibility, the length of which seems elastic. This trot gives the impression that while moving, the Beauceron seems to touch the earth without actually landing on it.  Put another way, the dog “skims” the earth.

Supporting a prolonged trot calls for a well balanced dog that is slightly longer than tall with moderately long, muscular (but not loaded) shoulders with good layback, and muscular forearms. “South of the border” are powerful, flexible hindquarters that are wide and muscled. Holding it all up are the dog’s shock-absorbing system – his feet.

This is a tremendously talented dog, and it was common for only two Beaucerons to manage a herd of two to three hundred sheep in 19th century France.  That said, this is also a very demanding working dog, and according to one site,  the French have registered fewer than 80,000 Beaucerons during the entire history of the breed for that reason.