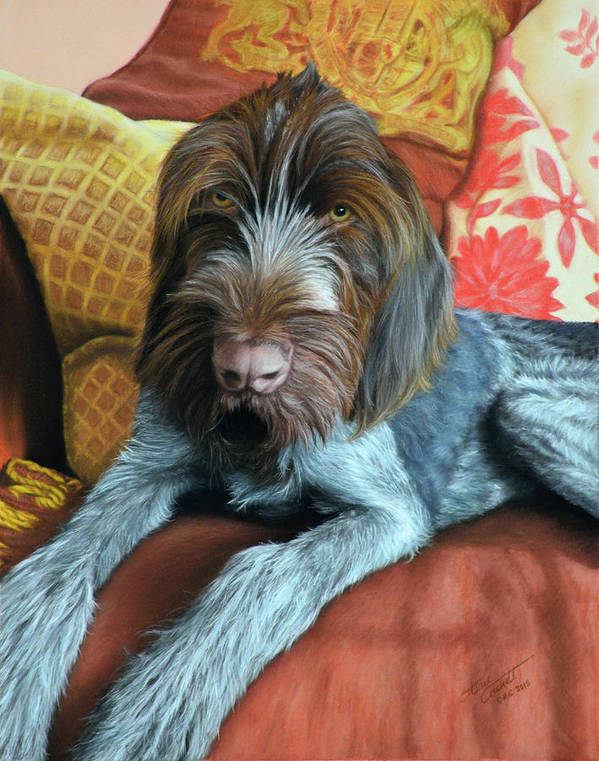 German hunting traditions run deep,  customs that have been handed over from father to son for many generations. A violation of these customs is sometimes considered to be almost as serious as a violation of the written law – a breach of etiquette.  Americans might find some of these traditions to be quaint: “Waidmannsheil,” for instance,  is a greeting exchanged when two or more hunters meet or separate, when a hunter joins a group of hunters, and the congratulation for a successful hunt. The response to the greeting is also, “Waidmannsheil!”

Other customs are more practical, such as the use of tree branches. Sometimes, the branch is a warning that there is something dangerous in the vicinity, say, poachers, a trap, or an unsafe situation. Sometimes a branch is stuck in the ground to indicate where game has been shot and wounded, the branch used to aid in the search for the animal.  A small branch may also be placed in the mouth cloven hoofed game as a token of last respect. Interestingly, only the branches of trees native to Germany are used.

Hunting is a popular sport and profession in that country, and there are strict-but-fair laws established with respect to the environment and wildlife. There are almost 190,000 miles of hunt-able grounds in Germany, with almost 350,000 recorded hunters from a population of almost 90 million. Open fields, however, are quite rare in Germany, and Germans have a word – “Fernaufkläre” – that means something to the effect of “spotter planes.” Because most Germans don’t like hunting in this kind of environment, and thus don’t do it often,  they train their hunting dogs to work close – and one of Germany’s most popular pointing breeds among hunters is the German Wirehaired Pointer. Many believe the breed to have set the standard for versatile hunting dog performance in the field. Indeed, waterfowlers believe it is the best water worker among the versatile breeds because its protective coat and intense instinct makes short work of even the toughest wetlands.

A little background: As Europe became more democratic, commoners were finally allowed to hunt, but they lacked the funds to afford canine “specialists.” They needed one dog that could do it all: Find and point birds, fetch from land and water, track wounded game, and still provide companionship and protection to a family. They found it in a breed that incorporated foundation breeds including the Pudelpointer, Griffon, German Shorthaired Pointer, and Stichelhaar (probably the oldest German rough-haired pointing breed).

Called the “Drahthaar” (meaning “wirehair”) early on, a German breed club was established in 1902, and hunters were quick to recognize the breed’s versatility and adaptability in various hunting conditions.  They learned what we know today: A GWP can carry even the largest geese back to the boat, but able to track wounded waterfowl even if the bird flies as far as a quarter mile. He can locate and hold tight on point for upland game, and of the other bearded breeds, GWPs are more likely to be used to hunt/track/retrieve fur. This is a hard hunting, high desire gundog that is rarely outperformed as a versatile breed. From moose to goose, a German Wirehair can hunt it.

Image: Portrait Of Zadok The German Wirehaired Pointer by Steve Crockett is available as fine art, and in lifestyle items here