Many on-line calendars, however, send email alerts notifying a recipient about an upcoming “holiday” when nothing more was done to designate it as such than paying a hefty fee.  For the right price, one could put “National Put An Ice Cube in Your Tighty-Whities Day” on the calendar, and most readers would never be the wiser that it wasn’t really “a thing.”

We know this because we looked into it.

That said, such calendars aren’t without value. There are lots of silly “holidays,” to be sure, and most of them are created to bring attention to an industry (National Pancake Day, anyone?), but they can inspire us to think. We bring you National Dimples Day as an example.

Granted, not everyone thinks “dogs!” after reading that July 9th marks National Dimples Day, but we did. We got to wondering if any breed makes mention of dimples in their breed standard.

Eureka! The AKC standard for the Dachshund reads, “The breast-bone is strongly prominent in front so that on either side a depression or dimple appears.” It is the only breed standard to use the word.

Why does the breed have dimples?  Remember, a Dachshund works underground. To be effective, his or her front has to be deep, long, well muscled, and strong. 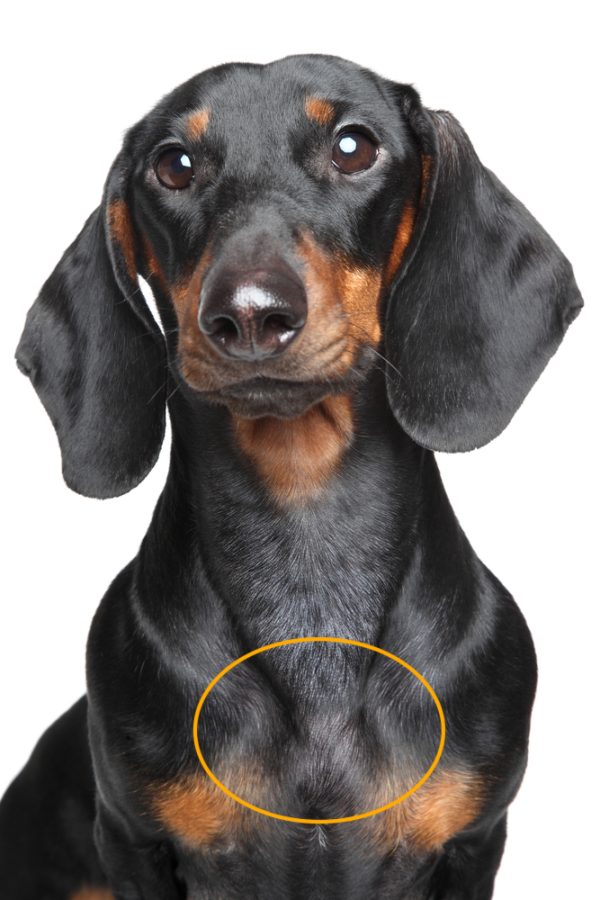 Many Dachshund folks believe that the entire dog is better when he has a strong, correct front.  The forechest has to be wide enough for lungs and heart to develop without being so wide that they can’t fit behind the ribs.  This “hallmark of the breed is a “wrap-around front,” the shoulder and forelegs enclosing a pronounced sternum and oval ribcage. Some have described the front as a “doorstop,” the sternum hitting the hand when one runs ones hands down the forechest. Because there is large capacity behind the breast bone to allow for heart and muscle development, and because the breastbone is elongated,  it will cause depressions – or dimples – in the area. It’s not muscle bound. The musculature is concentrated on the shoulders and forequarters to allow for digging. As our go-to Dachshund friend tells us,  should think about being in a tunnel and stepping over roots. Having the dimples allow the front legs to lift straight up to clear the obstruction.

One thought on “The Dachshund Dimples”