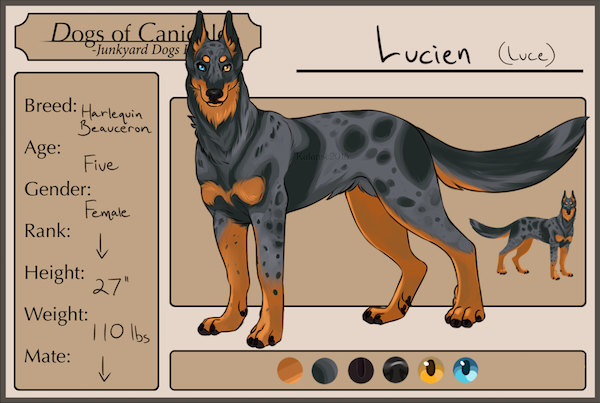 We once read years ago that when a group of birds sit on a phone or electrical line, they all face the same direction. Over the course of the next several weeks, we nearly drove off the road as we gazed upwards, inspecting the direction in which little birds sitting on a line were facing. To our good fortune, we determined that this was false information before we rear ended a vehicle in front of us, but for a while, we couldn’t look at birds on a wire even casually without thinking about this, and that is the point of this post: Looking at something we see every day, and not thinking about something you read about it.

Dogs have four toes, and depending upon the breed, one or two dewclaws. Great Pyrenees have double dewclaws located on each rear paw. So do Pyrenean Mastiffs, but they may also have just one on a paw. Rear dewclaws may be present on a Leonberger, but won’t be if the dewclaws were removed when the dog was a newborn. On a Neapolitan Mastiff, the AKC breed standard writes that front dewclaws are not removed, but on the Saint Bernard’s standard, it’s stipulated that dewclaws are “not desired, and if present, they must not obstruct gait.” These are just a few breeds from the Working Group.

In the Herding Group, dewclaws may be removed from a Bouvier and Laekenois, and in an Australian Shepherd, the rear dewclaws must be removed. Anything less than double dewclaws on each rear leg of a Beauceron, however, is a disqualification in a show ring, and the standard goes on to describe them: “Double dewclaws form well separated “thumbs” with nails, placed rather close to the foot.”

AKC toy breeds leave the presence or removal of dewclaws optional, as do AKC terriers with the exception of standards indicating that all dewclaws should be removed, and those belong to the Soft Coated Wheaten Terrier and the Bedlington Terrier. Standards for the Lakeland Terrier and Welsh Terrier indicate that dewclaws “are removed,” and the American Hairless Terrier standard writes that rear dewclaws must be removed (the front ones are optional).

With apologies to Sporting, Hound, and Non-Sporting breed owners, we quit now as we’ve made the point that there is no uniform way of handling dewclaws among the world’s approximately 400 breeds. A show judge worth their salt, however, knows which breeds call for the presence of dewclaws, which call for their removal, and which breed standards leave it up to the owner’s discretion.

But can you guess who doesn’t always know, but spends a good deal of time looking at purebred dogs?

We can’t claim credit for this epiphany, and it wasn’t until we came across a website on canine anatomy geared towards artists that we came across this sentence: Don’t forget to draw them!

Just as we stared at birds sitting on a wire, we started looking at feet in paintings, drawings, and watercolors of different breeds. Our litmus test, if you will, was the Beauceron because dewclaws are important in this breed. Kudos to the artists who got it right, but not all did. To be honest, most didn’t.

The majority of the time, type, structure, color -and maybe “personality” are priorities when it comes to depicting a breed artistically, and these are important and obvious aspects that an artist needs to get right about a breed. Dewclaws are a little thing…..unless it’s your breed being portrayed, and unless it’s an image intended to be educational. To any artists reading this, please don’t perceive this as a criticism if you suddenly realize, “Huh. I forget about the dewclaws.” But you will earn brownie points when you remember to include them on a breed in which the standard requires them.

Image: A hat tip to Kalanse whose rendering of “Lucien” includes the magnificent dewclaws. His work can be found at tazihound.deviantart.com.