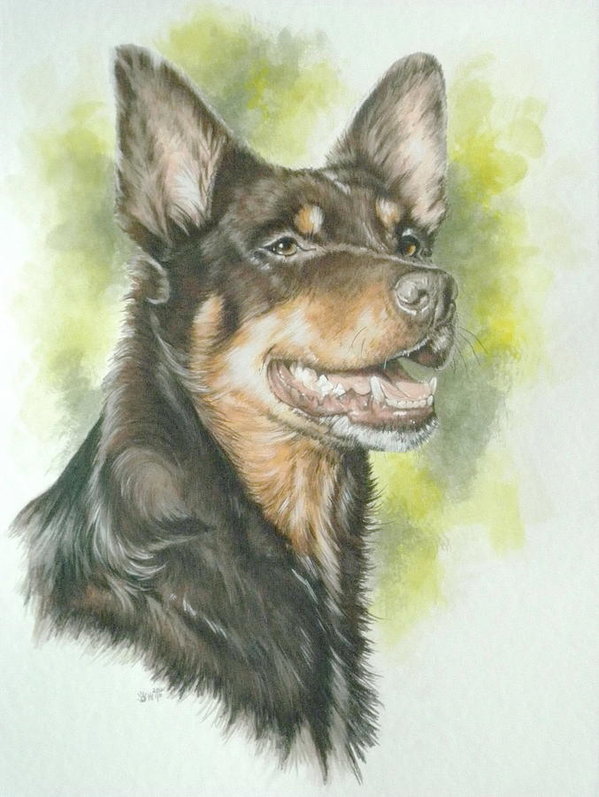 Happily, most sites are rectifying this error by accurately referring to the breed as the Australian Koolie, but we still see plenty of references to the Germany Koolie (also seen as German Coolie).  Theories abound as to how “German” got attached to the breed name. Some think it’s because the breed’s development was associated with immigrant farmers from Germany who introduced the dogs to Australia over two hundred years ago. Others theorize that the name stemmed from an unpleasant epithet used to refer to immigrants to Australia, and still another theory is that the name was from confusion and a mispronunciation of “collie” by German immigrants, since the Koolie is also a herding dog.

One source reports that between of 2000 and 2004, a few Australians tried to change the historical name of the German Coolie to Australian Koolie to better reflect its country of origin, and to distance themselves from the derogative term used for immigrant workers “back in the day.”  The breeders who asserted that the historical name needed to be retained continue to call their dogs, “German Coolies” today.

There is dispute, too, over whether the dog is even a breed. The Koolie Club of Australia defines the breed based on its ability to work rather than on its conformation, but Koolie breeders tend to refer to the Koolie as a breed, not a type, and maintain that the dogs “breed true,” with a bit of variety in type occurring.

In 2004, the Koolie was recognized by the Australian Sporting Registrar, and two years later, it was accepted by the American Herding Breed Association. We have no proverbial “dog in this fight,” and are simply passing along information.