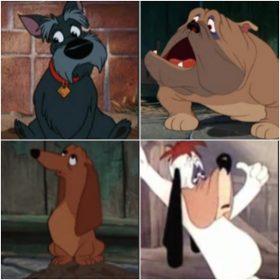 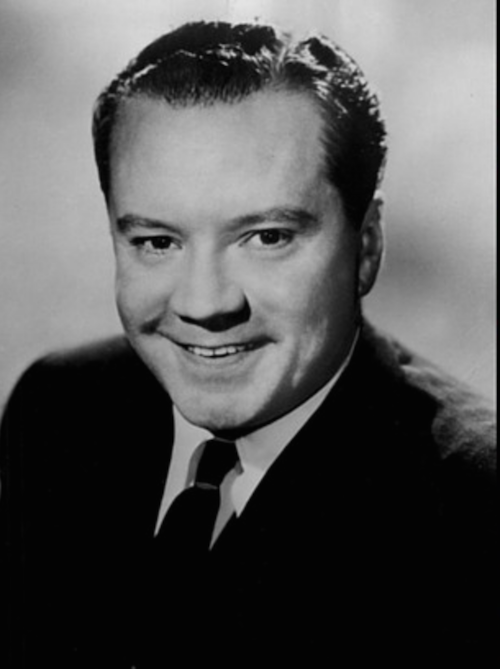 What do the characters in the image at the left have in common, besides that they’re all cartoon purebred dogs?

It’s the chap at the right, Bill Thompson. He was the voice of “Jock,” the Scottish Terrier from the movie, Lady and the Tramp, as well as the voice of “Bull,” and “Dachshie” from the same movie. He was also the voice of “Droopy” from the cartoon, “Tom & Jerry,” and so many other classic cartoon figures (including the White Rabbit and the Dodo, from Alice in Wonderland, Mr. Smee from “Peter Pan,” and King Hubert in “Sleeping Beauty”). It was a few months after he voiced the goose, Uncle Waldo in “The Aristocats” that Thompson died of a heart attack at the age of fifty-eight (a different source indicates that it was from acute septic shock).  He was a beloved voice actor who could also be heard on the radio show, Fibber McGee and Molly in the 1930s and 1940s, and scores of other cartoon characters.

Let’s leave you with that memorable voice, and a glimpse of the man, himself:

Earlier, we asked you to identify the breed of some darling puppies we showed you. A couple of you guessed accurately that they are Dandie Dinmont puppies. Wish we could tell you whose puppies they are, or even who sent us the photo, but the name dropped off somewhere along the way. Happily giving credit when we find out! ...