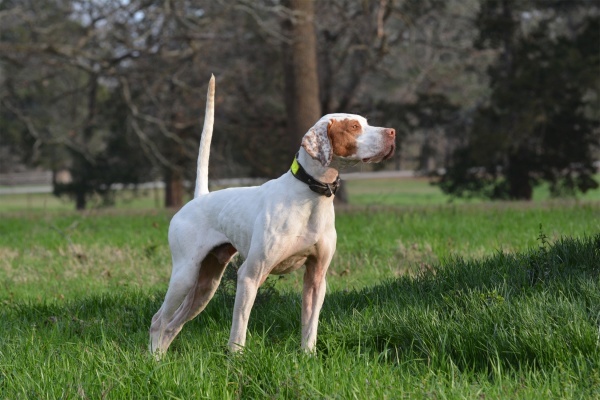 In 2014, the sporting world of field dogs shook. If you were around, did you feel it?

The National Field Trial Championship has been staged at the Ames Plantation in Grand Junction, Tennessee since 1915, though the Championship is much older (having been started in 1896). It brings the best bird dogs in North America to a common ground where they and their owners compete for bragging rights.  In 2014 during the last running of the challenge, an English Setter named “Shadow Oak Bo” bested 38 other dogs, all English pointers, in a performance that one judge called “near perfection.”

Bo’s win was considered remarkable because it was a repeat of his win in 2013, the first of his breed to do so in 43 years. The last Setter before “Bo” to take such honors was way back in 1970 when “Johnny Crocket did it. To put it in perspective, Bo’s achievement was sort of like the Chicago Cubs winning the World Series – two years in a row.

In 2018, the earth shook a little once again when the National Champion, Lester’s Sunny Hill Jo accomplished what only five other dogs have achieved in the history of the National Championship when the Pointer was named National Champion for the second consecutive year.  In brace 12, Jo set the record for the quickest time to record a find at 20 seconds. In an article by William Smith, the dog was described being “like the ball in a pinball machine as he ricocheted off the first of his three finds in a six minute span.”

At National Purebred Dog Day, we are absolute suckers for breeds that can do what their breed was created to do. “Bo” and “Jo” are just such dogs. Want to see predictability in English Setter youngsters? Don’t miss the video here.