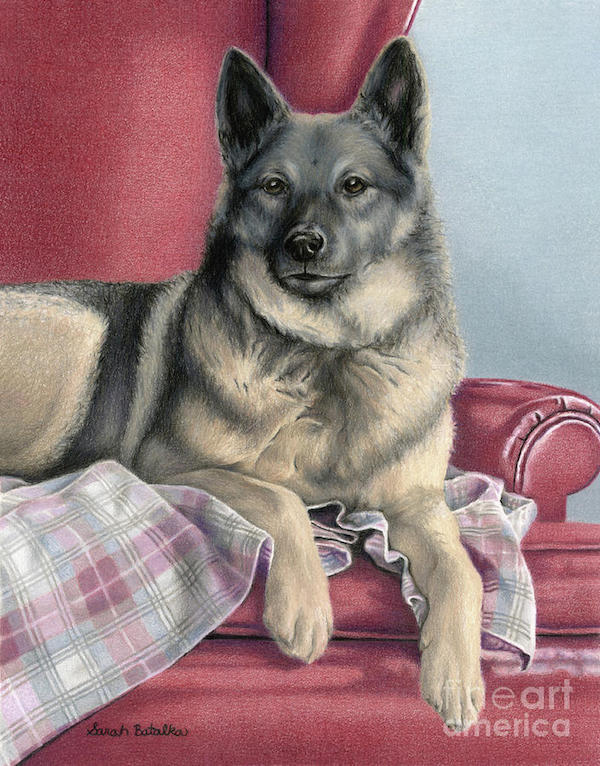 After having posted about the Black Norwegian Elkhound, it seems like a good idea to add one more interesting fact to the Elkhound (of any color).  After all, the Vikings would not have relied on just any dog to stand by them. Nicknamed the “Dog of the Vikings,” the Norwegian Elkhound served as a Viking’s hunter, guardian, herder, and defenseman.

It’s a idea that has endured.

Almost 1,000 years later, the Elkhound’s historic courage has earned the breed a special place in their native country’s defense effort, and that’s not an exaggeration. To this day, and in times of war, the Norwegian Defense Minister has the authority to mobilize all privately owned Norwegian Elkhounds. In what capacity is not clear, though we’ve come across suggestions that it’s to carry troops to battle in sleds.

We’re reminded of a Virginia Woolf’s novel, “Orlando: A Biography”, in which the main character has a number of “the finest elk-hounds of the Royal strain” bought from “the King of Norway’s own kennels.” The character turns to dogs having declared himself “done with men.”

Image: Portrait Of An Elkhound by Sarah Batalka can be purchased as wall art, home decor, and lifestyle items here: